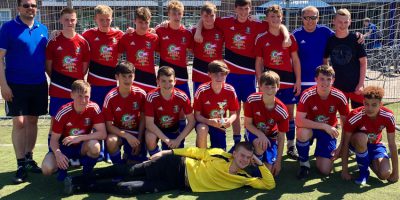 Mill Lane Wizards U15s really have been flying the flag for Beverley over the past few weeks claiming 3 trophies from local, regional and European tournaments.

Their first tournament win came in May at Tadcaster near Leeds. Having won the group stages they had to overcome the host team in the semi-finals and after an early goal, comfortably held out to reach the final against Pontefract.

Mill Lane United Yellows girls football team created history in their final tournament together when they retained their National title for a third successive year.

Mill Lane Wizards u13’s made the short trip to the annual Driffield football tournament on a dry but windy afternoon in East Yorkshire.

Mill Lane United Yellows and Hessle Town met for the third successive week in a match that could have a major bearing at the end of the season in the East Riding Girls Football League.

For the second week running Mill Lane Yellows met Hessle Town in a cup quarter final, this week it was the County Cup, but the result was the same a 6-2 victory for the Yellows.

On a very windy day both teams provided a very entertaining game. Playing against the elements Mill Lane United Yellows started slowly against their enthusiastic opponents and after a defensive mix up

For the second time this season the current National Champions at under 16 (Mill Lane Yellows) and under 15 (Mill Lane Blues) took to the field as opponents in the East Riding Girls Under 16 Football League.

Mill Lane United Yellows extended their lead in the Girls u16 League with a convincing victory against Malet Lambert.