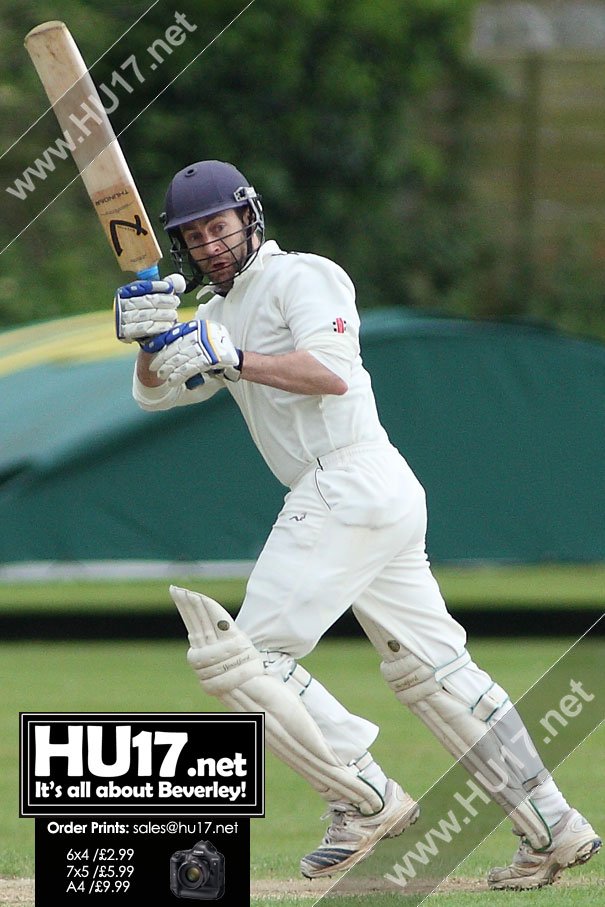 Jonathan Fisher says he could not have asked for anything more from his side as they beat York to go second in the York & District Senior League.

With Jonathan Fisher away it was up to Anthony Spence to take control of the team for the first time.

When asked about the result Fisher said;

“I could not have asked for anything more form the team. To go to a place like York who are a top club and come away with 27 points is superb.”

“If you ask any team in the league if they were offered 27 points from an away game before a ball was hit they would all take it.”

Andy Burton showed his class as he built a partnership with Alex Morrell as the pair put on 90 runs for the 8th wicket.

Morrell was eventually run out for 39, while Burton finished with 76 not out as Beverley posted a score of 229 for 8.

York where never in the game with Beverley’s opening bowlers Matthew Mudd and Morrell striking early with a wicket apiece. Once again young spinner Jamie Roe showed good control with 2 wickets and going for just a few runs.

Then after drinks the return of Morrell ripped through York’s middle order with 3 more wickets finishing with 4-43. A very good fielding performance kept runs at a low leaving York on 157-9 and Beverley striving for the final wicket for victory.

“I am very pleased for Burton that he got a big score, Morrell and Mudd are in great form and are just too hot to handle.”

With Beverley closing in Woodhouse Grange at the top of the league Fisher dismissed any talk of winning the championship, he said;

“It is too early to talk about winning the league, there is still lots of cricket to play this season. We are just taking one game at a time.”

“However, we are still not playing our best cricket, if we can get up to 90-100% then there is no reason why we can not be in the mix come the end of the season.”