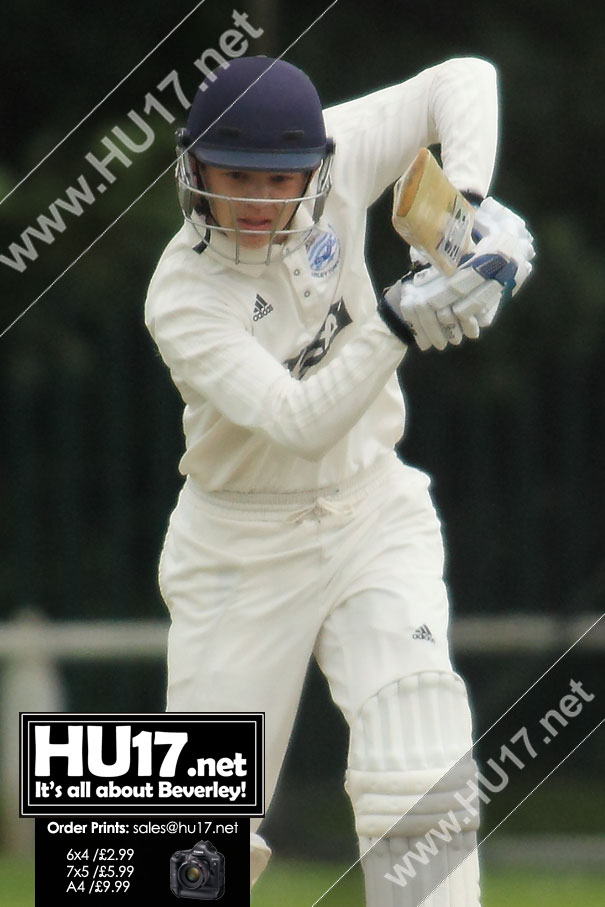 Whitkirk strengthened their position at the head of the Hunters York & District Division One table with victory over nearest challengers Malton & Old Malton, and Harrogate took advantage of that result to move back into the top two.

Problems continue to mount for bottom side Osbaldwick as they suffered a third defeat in four matches, but fellow strugglers Pocklington scored a notable victory over Hornsea as they look to escape the relegation places.

Six wickets from James Malthouse (6-33) put paid to Malton & Norton’s chances of chasing Whitkirk’s total of 213-9 as the division’s top two met, and an unbeaten 36 from Shaun Harland could not prevent a defeat by 90 runs for the visitors. Earlier Robert Flynn (57) and Ashley Bell (44) had helped the hosts’ build what would be a match winning total despite four wickets for Ryan Gaughan (4-41).

Harrogate scored 262-8 against Beverley Town Cricket Club thanks to half-centuries from Harry Stothard (75) and Ashley Griffin (65) as Matthew Saint (3-59) and Gregory Whyley (3-61) shared six of the eight wickets to fall.

Harry Gamble followed last week’s century with 71 and Michael Cooke made 47 as the home side replied with 207-8 to claim a share of the points, Ben Bartlett finishing with 4-59.

Folkton & Flixton beat promotion rivals Partington by seven wickets to move above them into third place, all-rounder Harry Walmsley setting up the victory with 3-38 and 50. Jamie Nesfield (3-48) was also in the wickets again for the visitors as Connor (66) and Jason McKinley (41) provided the bulk of their sides of 185 which the hosts had little problem reaching Richard Malthouse (35no) and Michael Dennis (29no) both finishing unbeaten, following the efforts of Walmsley and Anthony Stones (34).

Mark Sapwell (98no) just missed out on a century for Pocklington as they recorded only their second win of the season beating Hornsea by a huge 184 runs margin. Neal Jackson also made a half-century for the visitors as they scored at more than six runs an over to reach 289-7. In the face of such a daunting chase the hosts’ subsided to 105 all out, 39 of which came from Paul Clappison as Andrew Anderson picked up three wickets for just nine runs.

An unbroken sixth wicket partnership of 98 between Michael Artley (54no) and Lyndon Warcup (57no) after Adrian Long had scored 59 meant Sewerby reached 211-5 against Bridlington for who Sam Edmundson took 3-22. Opener Harry Burnhill then batted through the visitors’ response to finish unbeaten on 54 and Simon Leeson scored 44 as their side reached 166-8 to earn a draw.

An unbeaten century from Brendan Lewis (100no) for Selby heaped more misery on bottom side Osbaldwick as the hosts were able to declare on 243-2 both Alex Bowden (57) and Lee Wild (46no) also scoring heavily.

Sam Thompson’s 43 was the only bright spot for the visitors as Gareth Roberts (5-24) added five wickets to last week’s four against Hornsea to contribute to a 136 runs victory. The result combined with issues off the field leaves the divison’s bottom club five wins adrift of their nearest rivals and looking almost certain to be relegated despite the season not yet having reached the half-way point.