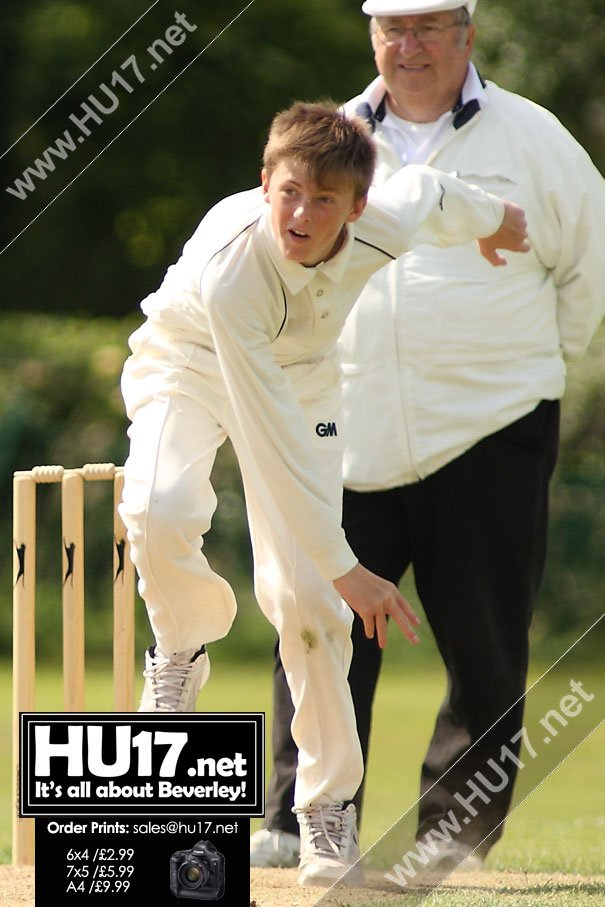 Beverley Town Cricket Club third team continued their good run as they secured all 30 points with a five wicket win against Patrington.

At a sunny Norwood Recreation Ground Beverley won the toss and put the visitors into bat on what was a perfect pitch for scoring runs.

Town who were missing players were skippered by Tim Fordon who used his years of knowledge and connections to put together a team that included Junior Tupai.

Tupai and Owen Parnaby were to prove vital in the game with the pair of them collecting four wickets each respectively.

In reply Beverley got off to a flyer with Ben Fish scoring 70 keeping his cool while most of the top order crumbled around him.

As the game seemed to be running away from Beverley Alan Acklam came into bat smashing the ball all over the park as the tail wagged to get the job done.

Commenting on the win Sam Welburn who is currently on duty with the seconds was delighted to hear his side won, he said;

“It’s a game we knew we had to win to allow us to keep in touch with the league leaders. Patrington posted a decent score and made it tough for us to chase the total down.”

“It was good to see Charlie Bough bowling a tight first spell only going for 8 runs in his first 6 overs. Parnaby continued to progress and was the stand out bowler taking 4 wickets.”

“With the bat Fish continued to shine again putting in the effort to get back from work and scoring 70 which got us off to great start.”

“Acklam and Will Harrison helped set up a great finish which saw Richard Simpson and Tupai take us across the finish line for a hard fought 30 points.”

Now third in the table Beverley remain within reaching distance of the top two. On Saturday Beverley will hit the road as they take of fourth placed Kirkella.