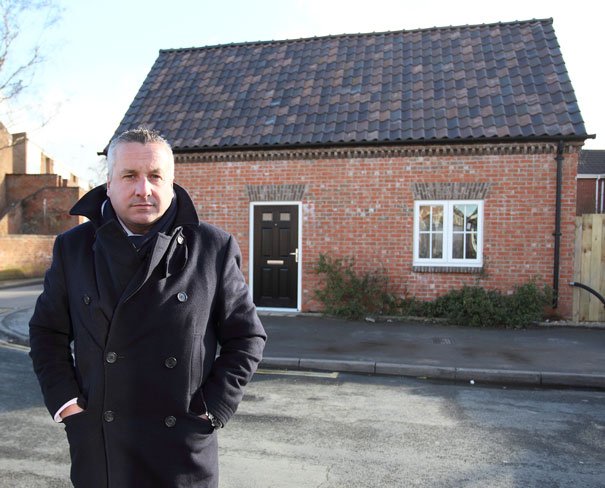 An East Yorkshire property developer has blasted his local planning councillors and officials over what he claims has been a decade of waste of public funds.

Wayne Low, who has completed scores of successful developments, mostly residential, in recent years, has accused East Riding of Yorkshire Council of throwing away hundreds of thousands of pounds on needless and ill-advised planning decisions.

He says the Council is no longer fit for purpose and will be submitting a formal complaint to the Local Government Ombudsman, calling for an urgent review into the Beverley-based authority’s performance on key planning decisions.

Mr Low launched his attack after winning his third appeal in recent years against a Council planning decision. His latest application – to convert a garage at an address in Molescroft, Beverley, into an office – was recommended for approval by East Riding planning officers, only for it to be thrown out at committee.

“My application was drawn up following advice from the planning officer. It was recommended for approval and was said to conform to national and local planning policies. However, when it was put before the planning committee, councillors refused my application.”

“Surely, we must ask why the Council is employing professional planning officers if councillors are to continue turning down perfectly sound applications. This only leads to planning appeals which are very costly for both parties. I reckon that in the past few years, East Riding has thrown away hundreds of thousands of pounds by fighting applications that should have been accepted in the first instance.”

“This behaviour represents a gross waste of public money at a time when Councils and councillors are supposed to be cutting costs wherever possible.”

“The system at County Hall seems well and truly flawed, resulting in public money being thrown away needlessly by councillors. My company has recently been involved in two applications for residential development at South Cave on sites allocated in the Local Plan for such development.”

“The first application, for 60 houses on seven acres of land, took more than two and a half years to determine, at a time when we are supposed to be short of new homes. It only went through after a second application on a smaller site of two acres was refused locally but later overturned by the planning inspector.”