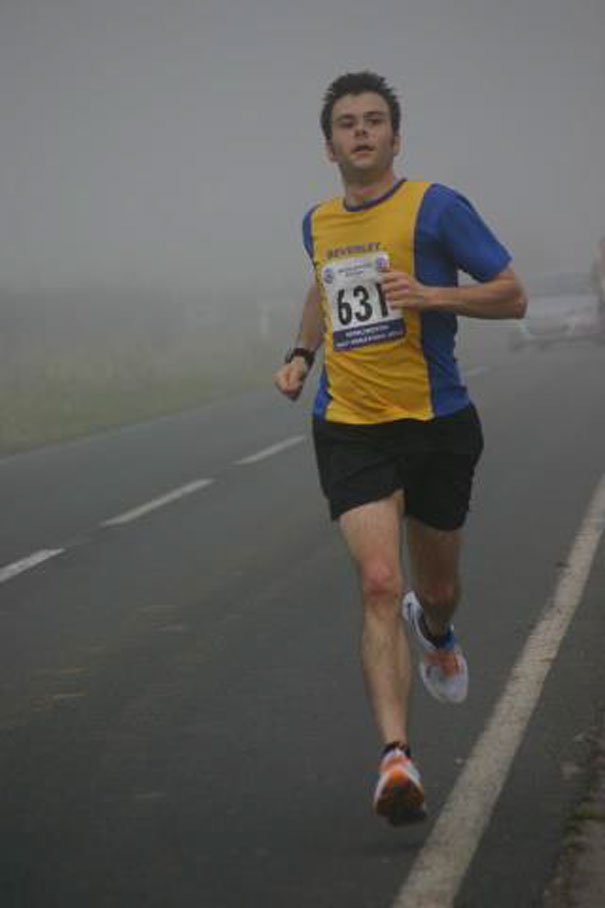 The Bridlington Half-Marathon took place last Sunday and attracted runners from all the local running clubs, including Beverley AC.

It was a foggy day with no wind so conditions were good for running but visibility was limited and the stunning views in the last mile along the sea front were hidden.

Ross Flood was the first Beverley runner to finish. He completed the undulating 21km course in 1:23:34 and finished in 25th place overall. He was followed by Jim McGivern in 1:25:25 and new member Mark Roper in 1:28:30.

Laura Egan was the first Beverley lady to cross the line and sixteenth lady overall. She finished in a commendable 1:34:54. Next was Rachel Kirk in 1:44:38 followed a few seconds later by Jayne Dale in 1:44:45.

For the second race in succession Andy Grainger recorded a new personal best. Only a few weeks ago in Berlin he knocked more than three minutes off his personal best in a marathon. At Bridlington he beat his fastest time for a half-marathon by the same margin to finish in 1:48:49. He said: “I honestly didn’t think I had it in me. I flagged a bit around mile 11 but felt great coming down from Sewerby to the sea front.”

Alan Flint also recorded a new personal best at Bridlington. He is in fine form after completing the Three Peaks Challenge a few weeks ago. He beat his previous best for a half-marathon by 1½ minutes to finish in 1:30:28 and was three minutes faster than last year. He was also third in the V60 age category.

Two weeks ago in Mablethorpe Jane Peck ran her fastest half-marathon in ten years and was thrilled to run two minutes faster than that at Bridlington to cross the line in 1:48:30.

New members Ian Crawford ran his first race in a Beverley vest and finished in a commendable 1:47:02.
There were 809 finishers and the race was won by Paul Marchant of Rothwell Harriers in 1:10:19. The first lady was Helen Cross of Pocklington Runners in 1:22:10.