A grassroots football team from Beverley sealed a memorable season with a dramatic penalty shootout win to lift the Under-12 Jubilee Cup.

Wolves keeper Harry Cuthbert was the star of the shootout, saving two spot-kicks to spark wild celebrations among friends and family watching from the sidelines.It came after captain Kasper McMath, William Rawlings, Fynn Kemp and Samuel Richardson converted from the spot.

Penalties were needed after a pulsating 60 minutes of normal time, with both teams giving their all.

Wolves took the lead in the first half through Alfie El-Sharif, firing home from close range after a goalmouth scramble.

Meteorites have savoured a successful campaign, going unbeaten on their way to the Under-12 Wyke title – ahead of second-placed Wolves, who were also promoted.

And the Hessle team showed their quality when Rhys Hartley fired in the equaliser just before the break.

Wolves retook the lead when Spencer Johnson turned in Rawlings’s cross from the left with a well-taken first-time finish.

And it was almost 3-1 when Olly Bunn saw his header come back off the bar.

But Meteorites weren’t done and grabbed a deserved equaliser as Hartley struck his second. Meteorites pushed hard to find a winner and Wolves were indebted to Charlie Bowman for some excellent defensive work and keeper Cuthbert for some important saves late on. 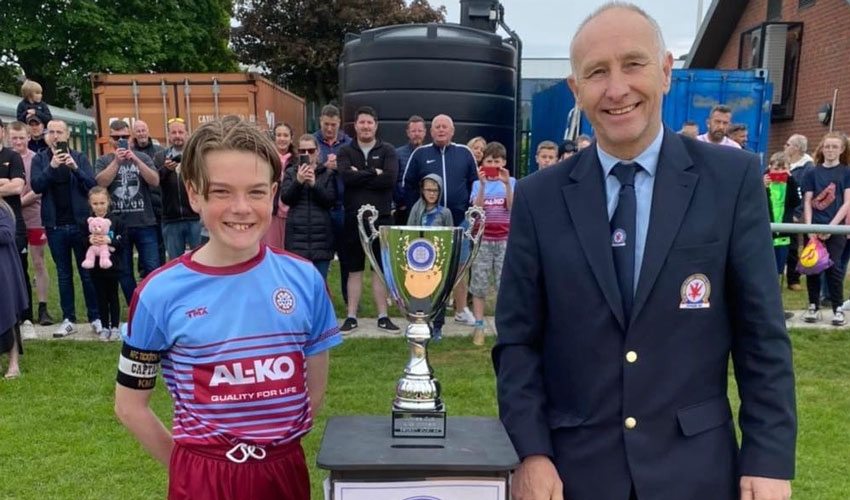 Wolves had reached the final after another 4-3 penalty shootout victory, against Shiptonthorpe United Phoenix in the semis, and that experience served them well as they repeated their heroics in the final to earn the team’s first piece of silverware.

Head coach Stephen Rawlings said: “It was a fantastic day with some iconic moments that will live long in the memory.

“The sheer emotion shown not only on the pitch but also on the faces of parents, guardians, family and friends was great to see.

“The league campaign was great but having a day like this to enjoy and have the moment to celebrate really was priceless.

“I am immensely proud of everyone, they made their parents proud, they made myself and assistant coach Dan Richardson proud and they did themselves proud.

“This is something that can never be taken away from them – they go down in the history books as Under-12 Jubilee Cup winners.”