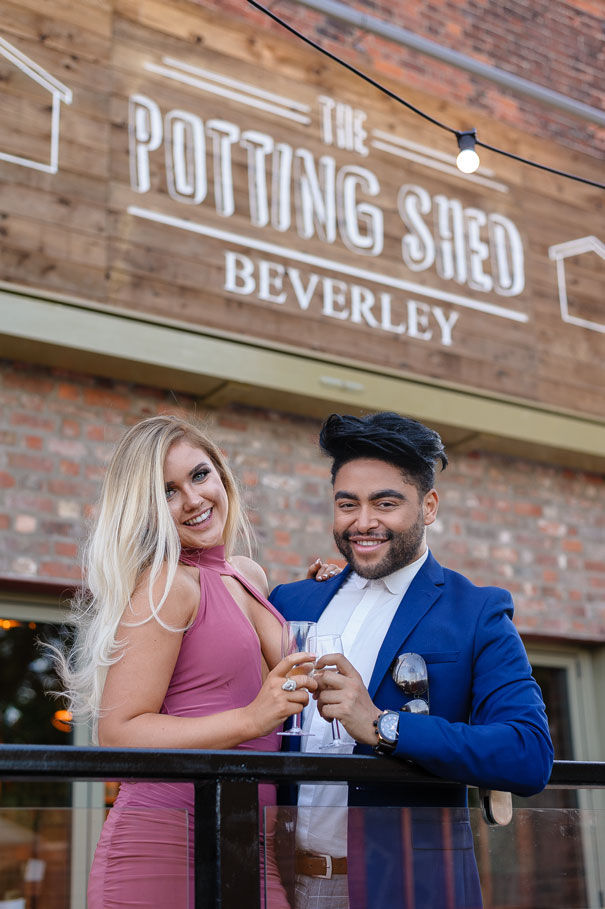 Guests at a VIP night were treated to performances by finalists from the ITV reality show, Anton Stephans and Kiera Weathers.

The two singers, who won millions of fans on last year’s show, wowed guests with live vocal sets to celebrate the opening.

The Potting Shed, a multi-million pound transformation of the former landmark pub Hodgsons in Flemingate, attracted a glamorous crowd of famous faces for its first night.

Big Brother favourite, model and stylist Sam Giffen, who cheekily claimed to be the best looking in the BB house this summer, joined pals and models Charlotte Dawson and Amanda Harrington and fellow ex-Big Brother contestant Mark Byron in a stunning quartet of guests.

Rachel Rhodes from ITV2’s Ibiza Weekender also attracted plenty of paparazzi attention as she arrived for the launch, along with cast members from Emmerdale, former soap star Kurtis Stacey and a crowd of rugby players enjoying a well-earned night off training.

More than 600 guests packed out the pub, which has a quirky garden theme, enjoying free-flowing Perrier Jouet champagne, Hendricks gin and fabulous cocktails.

The night was a sneak preview of what regulars can expect from The Potting Shed when it officially opens its doors tonight.

New owners, Leeds-based Burning Night Group, have lavished more than £1.5million on the venue, creating a modern bar and restaurant which is full of fun touches including brightly-coloured wooden garden sheds in the gardens and an indoor upstairs patio area complete with boxed hedges.

The pub promises to be family and dog-friendly, with menus focused on ‘feeding, watering, sharing’, although with leading drinks brands such as Hendricks and Perrier Jouet at the forefront of a drinks menu which also features craft ales, world lagers and fine wines, it intends to become a place to see and be seen too.

The Beverley Potting Shed, which offers striking views of the Minster, is the second to be opened by Potting Shed Trading Limited, which made its debut 16 months ago in Bingley, West Yorkshire. Already a huge success, the company has plans for further sites in the near future.