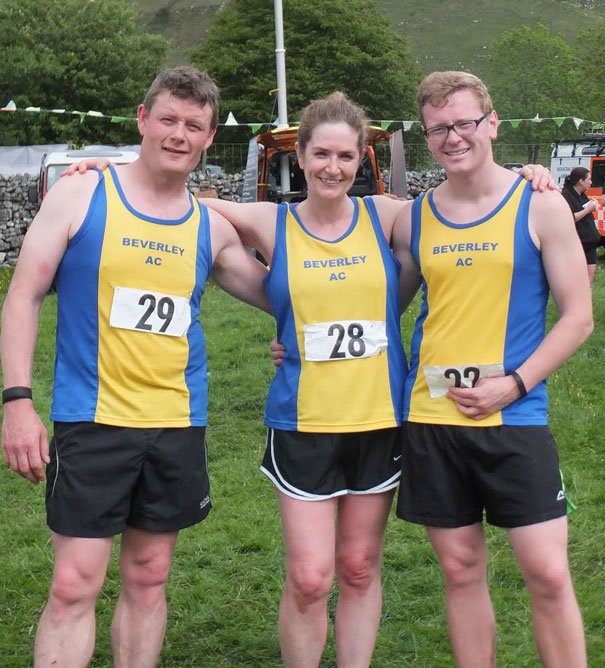 19 Beverley runners were among the 127 finishers of the Burton Pidsea 10k road race. This is a fast, flat race through rural East Yorkshire. First home for the club was Aubrey Morrell, recording 36:59.

Next was Darren Edge, who took 37:14 to complete the race, and who was followed in by Curtis Arnott who ran a great race as the first junior male runner, clocking 40:04. Becky Briggs followed up her superb performance at the recent Beverley 10k by coming in as the second female runner overall and 18th overall.

She ran the route in 40:15, continuing to show a huge amount of promise over these longer distance runs. Beverley’s second and third female finishers were Nicola Glover and Eleanor Boyd, recording respective times of 51:33 and 52:42. Boyd was also the first junior female runner, an impressive run.

The winner of the men’s race was Gregan Clarkson of Kington Upon Hull AC, who finished in 33:32. The first woman home was ex-Beverley AC runner Carla Stansfield (City of Hull AC), racing in to finish in a second under 36 minutes.

Looking for a very different experience, 3 intrepid Beverley AC runners made the trip to Buckden, in North Yorkshire, on Saturday 16th June, to take on the famous Buckden Pike fell race.

The race begins with a tricky river crossing, followed by an ascent of the Pike, a lap of the peak and a quick descent back to the start line, crossing the river for a second time. The weather on the day was mixed, with rain to begin with and then sunshine towards the end of the race. The top of the Pike was wreathed in cloud throughout, with a cold wind blowing.

In a total field of 123 hardened fell runners, the three novices proved their mettle. Edward Lisney was the first Beverley runner home, in a time of 49:10. Jim Harbidge followed in 53:54. Christine Hemingway fulfilled a lifetime ambition of completing a fell race, clocking in 1:10:16.