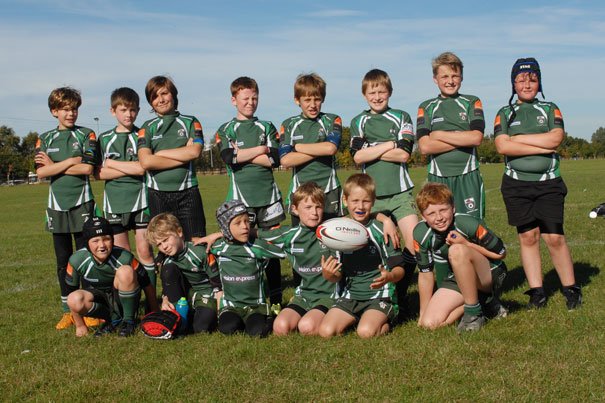 Travelling to Driffield for a mini tournament, Beavers impressed with much of their play. A revamped team, with many playing in new positions for the first time, did not deter the boys from putting in a sterling display of rugby magic.

The first match was against a strong Driffield side that came into this season looking forward to continuing their winning ways against Beverley. The first half was a dazzling display of rugby skills from both sides, but it has to be said, Beverley were the better. Their work at the rucks and mauls was fantastic with the new look pack of Billy Coughlin, Jack Dixon, Oliver Cornelius, Cameron Lawley and Huw Adams dominating in the loose.

They presented a good platform for scrum half Jasper Law that fed the backs well. Particular praise must go to Coughlin and Dixon for their tireless work in the loose and in ripping the ball from Driffield in the tight. The back line of Harvey Robson, Tom Barnard, Ben Partridge, Archie Hubbard, Harry Gunn and Ethan Foster showed some impressive running lines and repeatedly broke through the first line of Driffield’s defence.

The second half saw Foster replaced by Oliver Spink and Keith Holiday replacing Cornelius. Beverley continued to play well, but Driffield were finding their feet and moved ahead by a further two hard-won try and one conversion to leave the score 19-7 in Driffield’s favour.

The second match against Scarborough saw a number of other changes, not least with Foster replacing Law as scrum half for the first half. Once again, excellent work from both forwards and backs saw Beverley take the lead 20-0 by half time. The first try was a wonderful solo effort by Robson, who stood out as stand-off.

The second saw Gunn jink his way through the Scarborough defence to round off a superb bit of forward and back interplay. The third was a fine piece of driving from Adams, who caught the ball in the line out and drove low and over the line to touch down.

The fourth try was a fine piece of individual play from Barnard, who, taking a high ball straight from the restart, ran the length of the field to score under the posts. The second half continued apace with a further two tries, another from Gunn and a final one from Dixon, a deserved effort given his tireless work in the loose.

Given that this was their first outing as a 12-a-side team, and given that many were playing in positions new to them, Beverley can be truly proud of their performances. Notable comments must also go to Cornelius for his crashing drives in the mauls and to Partridge and Foster for their efforts in defence and Spink and Holiday for their work at the breakdown, although everyone deserves accolades.