Forget the score.  In the context of this match the final score was of little relevance.

With ten senior players injured – five of them serious long term cases – Beverley RUFC fielded a wholly scratch side against the runaway league leaders who had won all their four games and scored over a hundred points in the process.

For Beverley RUFC it was almost the case that anybody taking their boots along would probably have got a game.  They were clearly on a hiding to nothing here.  It must also be admitted that with raucous pop music blaring out from the public address system prospects for the spectators did not look too good either.

In the end Beverley RUFC were well beaten but despite their parlous situation they put up a courageous show against what is obviously a very good side.  There was no lack of effort and they never stopped running all afternoon.  Beverley RUFC went behind to a try by centre Lloyd Hayes after only four minutes but after that Chester were restricted to only two further scores in the first half.  The Beverley RUFC pack, whose front five included four regular props, constantly harried the opposition into errors and raggedness.

Mike Bradshaw and number eight Tom Price especially were always in the thick of it.  It was only after twenty three minutes when Beverley RUFC dropped a high kick out of the sun that Chester scored again with a try by centre Tom Seddon which Hayes converted.  On the stroke of halftime another high kick into the sun went to ground and winger Peter Rees sprinted over in the corner for a third Chester try.

Restricting Chester to only 17 points reflected a fine dogged first half effort by the makeshift Beverley RUFC side.  Sadly they lost fly half Phil Duboulay who had bravely, but perhaps unwisely, started the match his leg heavily strapped.

With only one substitute available Beverley RUFC needed to pray for no further injuries and happily their luck held out.  A yellow card for centre Tim Hullock did not help matters.  While he was off Chester added a try by hooker Liam Gill and another by lock Ross White, the second a beauty involving eight different players in a breathtaking move down the left.

At 27-0 down it was tough going for Beverley RUFC.  The match was well beyond them and in the searing heat they struggled to cope with the pace and flamboyance of the Chester backs.  Gaps began to open up in the Beverley RUFC defence as Chester played with increasing abandon.

There was some outstanding tackling particularly by Anthony Spence and Junior Tupai but the floodgates were beginning to open.  A blistering run down the right wing by full back Pat Coy brought a sixth Chester try for prop Ben Williams and direct from the restart Chester swept down the left for Coy to immediately add another.  41-0 and it was just a question of how many more.

In the last quarter Beverley RUFC had their best spell of the match.  Their pack attacked the home line and with Tupai inspirational at scrum half they never stopped trying to run the ball at their opponents.  Oddly enough their lineout also started working better than at any time this season.  Beverley RUFC’s tremendously brave effort deserved some reward but unfortunately it never came.  It was perhaps rough justice that Chester should have the final word with a late converted try by Hayes who raced through from halfway to touch down under the posts.

With such an unprecedented and catastrophic injury situation there are clearly a tough few weeks ahead for Beverley RUFC.  But despite the inevitable hammering they got here nobody let them down and they have every reason to be proud of the effort put in when the odds were so heavily stacked against them.  It is to be hoped that the spirit shown today can be maintained and help them weather the storm until the injured players return to the side. 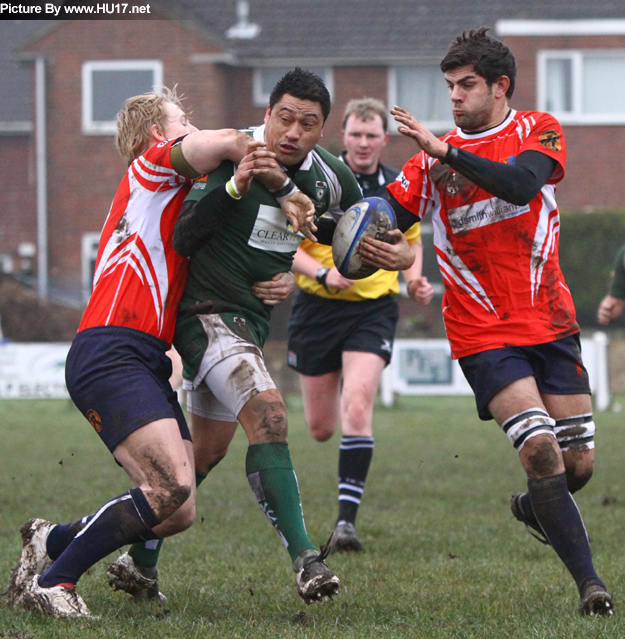