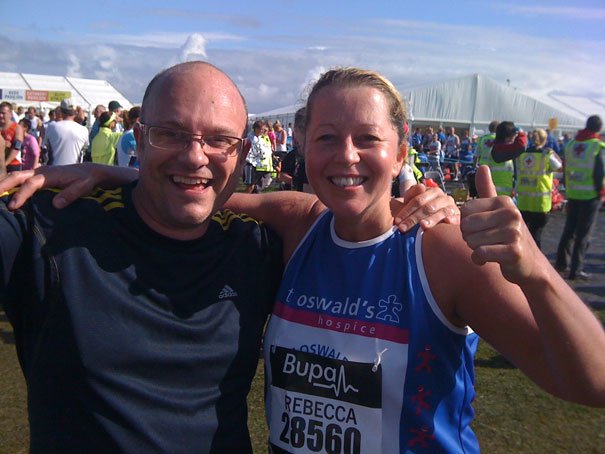 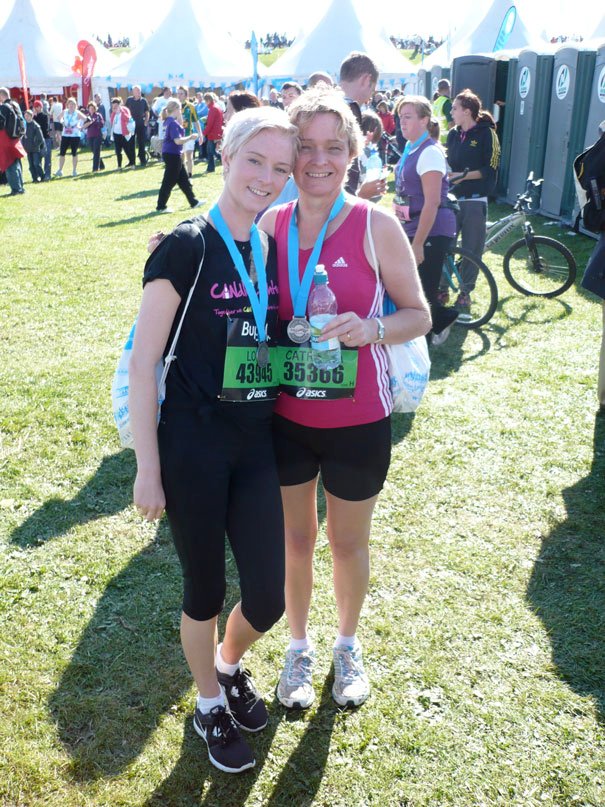 The 31st Great North Run took place last Sunday and nine athletes from Beverley Athletic Club joined more than 38,000 other runners at the start on the central motorway in Newcastle.

World 5000 metre champion Mo Farah fired the starting pistol while the Red Arrows made a diamond-formation fly-past over the start line.  If you like the big race atmosphere this was the place to be on Sunday morning.

Most of the Beverley athletes had run in this event before and knew that it would be difficult to maintain their normal half-marathon pace with so many other runners around them.  All were hoping for a reasonable time with a personal best being an unlikely bonus.

Andrew Foster was the first to arrive in South Shields.  He crossed the finishing line in 1:43:49, cold and wet after the rain started as he ran through The Nook with 2 miles to go to the finish.

Mother and daughter Cat Williamson and Lorna Mangan were taking part in the race for the second year in succession.  They ran together for the first 10 miles then Lorna increased her pace to finish 12 minutes faster than last year in 2:22:51.  Cat was three minutes faster than last year, completing the course in 2:31:32.  She will be determined to break two hours thirty next time.

Debs and Andrew Brant ran the whole course together.  Debs had run the Chippenham half-marathon the week before and was delighted to finish four minutes faster in the Great North Run despite the difficulties caused by the much larger field.

Husband and wife Alan and Nicola Glover are regulars in the Great North Run and Nicola is usually the first to finish.  This year was no exception but Nicola found it tougher than usual this time.

The refreshing rain washed the salt from her sweaty face into her eyes causing them to sting and disrupting her pace.  However she achieved her target and finished in just under two hours in 1:59:20.

Alan Glover admitted to not training for the race and was content to soak up the atmosphere with a slow pace.  He chatted to a lady in the starting zone who was competing in a half-marathon for the first time and they ran and walked the course together.

The race was won by Martin Mathathi of Kenya who set a new course record of 58 minutes and 56 seconds.  Lucy Kabuu, also from Kenya, won the women’s race in 1:07:06.