Electric Car sales in the UK have increased as more motorists look to reap some of the benefits. For that reason, local businesses in Beverley are adapting to cope with this emerging form of motoring. 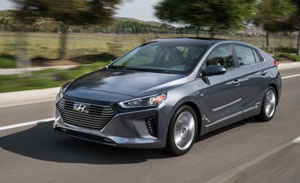 In all, there are an estimated 200,000 electric cars on UK roads. Be it a Hyundai IONIQ Hybrid or fully electric BMW i3 we are seeing more electric cars, not just nationally but also locally.

BMW & Mini Specialists, Beverley Motor Works have also adapted. A business that prides its self on keeping up with innovation has specialists to work on electric cars.

“Hybrid or full electric is potentially the future given the way the industry is moving from a carbon footprint point of view. As a business, we like to make sure we keep up to date in these ever-changing times.”

Graham says the uptake on the charging service is proving popular. Speaking to HU17.net he said:

“Our charger has been very popular. You see quite a few electric cars around Beverley. I suspect the uptake of electric cars would be even greater if Beverley had the infrastructure.”

“The chargers in Flemingate are free to use. You obviously pay for the parking which is just £1 for 3 hours.   In the evening if you were coming into Beverley for a night out its even cheaper. £2 for 6½ hours.”

“So with a typical electric car can be fully charged from empty while you have a great evening out at the same time for £2.”