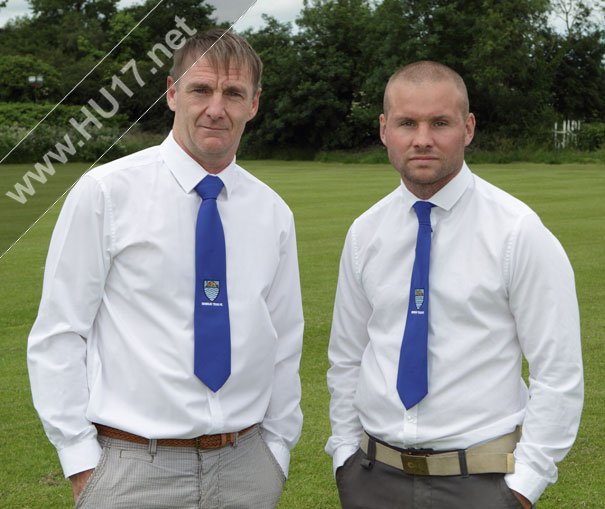 Humber Premier League Champions Beverley Town Football Club has confirmed the appointment of Ross Cording as first-team manager after the departure of David Ricardo this summer.

Cording will be assisted by Jonny Ricardo, who may also be handed back the captain’s arm band under the new manager.

“I have agreed a long-term deal with the club that will keep me here at the Norwood Recreation Ground for the foreseeable future.”

“David Ricardo did a fantastic job during his two-year spell at the club, and I aim to build on that and keep Beverley competing at the right end of the table.”

“Although the committee has not put any targets in place we will certainly be looking to challenge at the top and win the Humber Premier League title and win all the other competitions we are involved in.”

Cording, however, faces an uncertain time during the summer, the club not only parted company with their manager but lost their assistant Steve Mulligan to Bridlington Town.

Nothing has been confirmed but Cording admits he is likely to lose key players during the summer transfer window but says he will leave the door open for them should they wish to return, he said;

“Given the quality of the players here at Town it is no surprise they are being offered trials with clubs in higher leagues.”

“Footballers want to play at the highest level they can so when the likes of Bridlington Town and Selby Town come knocking and offer you a chance, you have to take it.”

“If things do not work out for them the door will always be open here at Beverley, and if they are good enough to play for us, we will welcome them back.”

“Of all our players Adam Nicholson looks odds on to leave, his loss will be a massive blow to the club as a keeper of his quality is worth 15 points a season.”

Cording has wasted no time is sourcing a replacement for Nicholson. He confirmed he has agreed a deal with Hornsea Town to bring Nathan Otley to Beverley.

Michael O’Connell, Asa Pardoe, Nathan White and Danny Norton have all be linked with a move away from Beverley but Cording remains optimistic ahead of the new season, he said;

“Come the middle of July I will have a better understanding as to where we are at in terms of players, whatever happens the door will remain open for all of them if things do not work out.”

“As a team if we can continue to compete and finish in the top four, then given the changes at the club that would be a good season, but I want to win the league.”

“We have three teams here at Beverley and initial talks with the second-team manager Ed Grady have been good so with any luck, he will be knocking my door when he has a player he thinks should step up.”

Cording will get his first taste as being Beverley’s manager on Sunday when he leads his side into the Mike Gaden Football Fives, he said;

“Town won it last year, so I want to win it this year, it will also give me chance to see how the lads are playing and scout out possible new signings.”