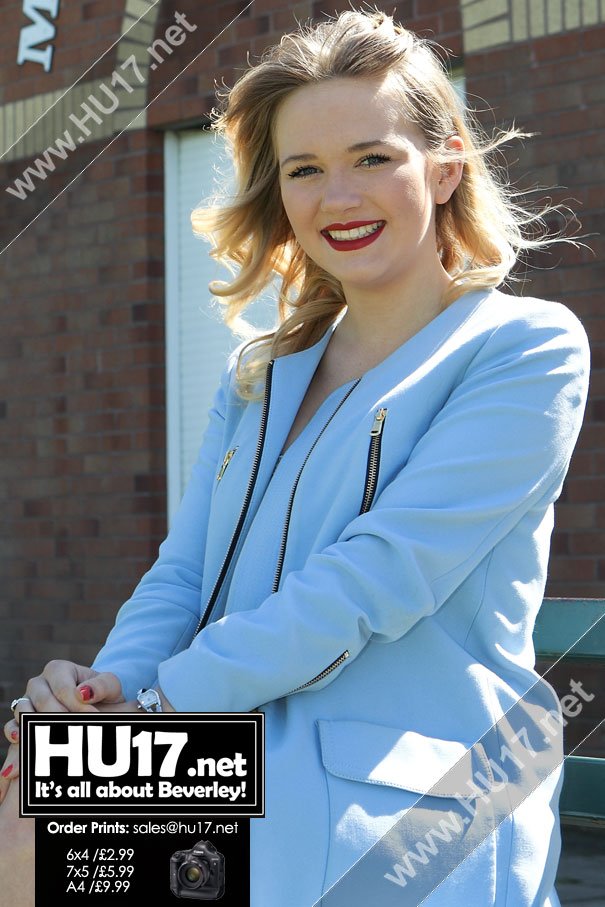 Heather Spence a first-year medical student from Beverley has raised over £1000 for Soft Power Education, a charity that provides safe education for children of rural Uganda.

Heather who is studying at the University of Leeds needed to raise £600 for the charity to secure a place on a month-long trip to Uganda with 40 other students through the Raise and Give programme run by the University but exceeded the required amount.

“With the help of many people I have raised a total £1136.00 for Soft Power Education.  All other donations were from very generous people who I would like to thank for contributing.”

“ A large proportion of these came from members of Beverley Community Church who have been incredibly supportive.”

Her fund-raising efforts saw Heather paint nails, hold a film night, and take part in the Beverley 10K across a six-month period, She said;

“I held an open house for all ages on a night in December to paint people’s nails, and they could donate as much or little as they wanted. That evening raised £51 and painting nails over a few months raised £140.”

“It was a lovely way to get people together, start fundraising and let people know about my intentions of going to Uganda.”

Her next fund raiser, a fancy dress film night was organised by ‘Event plan JJ’ at the Armstrongs Social Club in Beverley, she said;

“This was a great community event which also raised money for St Mary’s school Beverley, Manor Road Nursery Beverley and for twin boys with brittle bone syndrome. £200 of the money raised went towards Soft Power Education.”

For the final part of her fund raising Heather pulled on her running shoes and was joined by members of her family Jonathon Spence, Matthew Spence, Jamie Spence and Jodie Philpott and ran the Beverley 10K.

Taking part in the Beverley 10K she finished with a credible time completing the course inside an hour, she said;

“Running this distance was all about getting ourselves fit and healthy whilst supporting each other in the training process.  Additionally, challenging and pushing ourselves to do our best in this run was a great psychological test as well as physical.”

“I got a time of 56:55 which I was very pleased of as I was aiming for an hour, and I did not stop to walk once. Participating in the Beverley 10K is a great way to raise awareness for your cause, and I would recommend it to anyone trying to raise money, together we acheived about £550.”

Her work, however, is not over, while in Uganda Heather and 40 other students will be working in the local community there helping to build a brighter future for the youngsters out there. All the money that has been raised from her efforts will be used by the charity to pay for the materials to make these projects happen.

“This charity has been sending volunteers to Uganda for ten years now so they have  a really good relationship with some primary schools.”

“They know the people to contact about building new schools and where and who needs it and how to get teachers and tradesmen in place for the projects.”

“By going with so many other students by working as a team we will get much more done and make the biggest difference possible.”

“Working hard for a month in some of the most deprived areas will be a challenging but rewarding task. I am extremely excited to go to Uganda and make a difference in the lives of children who are there.”

All the costs of her travel and other expenses will come out of her own pocket, again with support from her friends and family, she has got together the money, she needs to get her out there and to build, renovate and teach in the rural schools in Uganda.