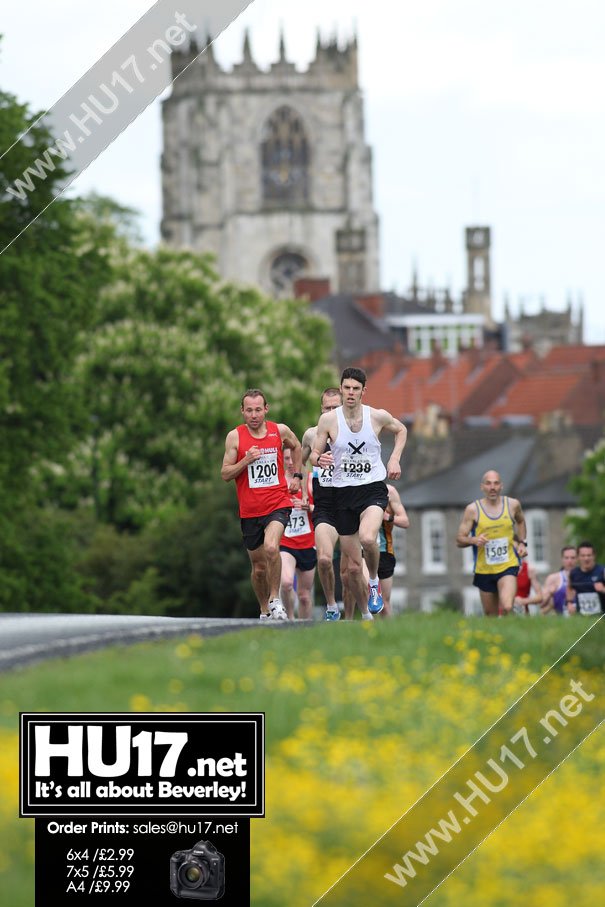 Hundreds of runners took part in the Hall Construction Group Beverley 10K tackling a hilly course in cool weather conditions that would have suited many runners.

The overall race was won by Phillip Tedd for the second year running who pretty much led the race from the start.

Landlord of the Durham Ox Ian Pollard took on the Beverley 10K for the first time, he said;

“The event was very well organised, I finished with a time of 50.45 which was OK but I wanted to get inside the 50 minute mark.”

“Overall I found it tough out there, the changing elements and especially the wind I felt made it hard work.”

Andy Holey also completed the race beating the his own time of last year, he said;

“I really enjoyed the Beverley 10K, I had a good run and was very pleased with my time of 50.17 which was faster than last year.”

“Everything seems to of pasted of well with no incidents to report, we had a record number of entries again with 1500 runners taking part.”