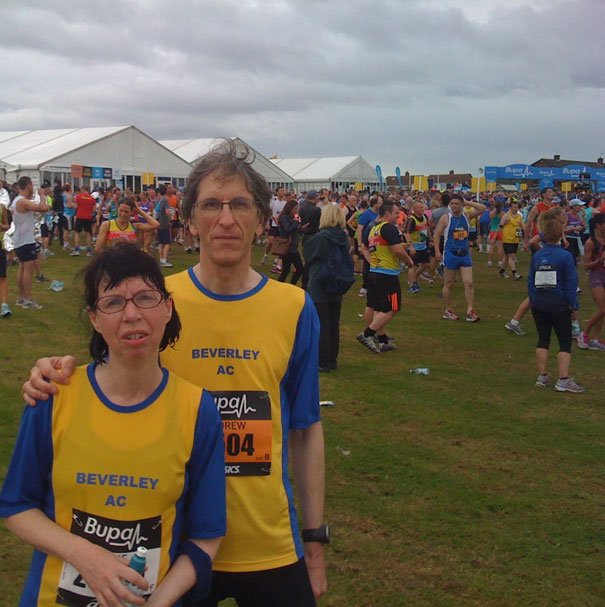 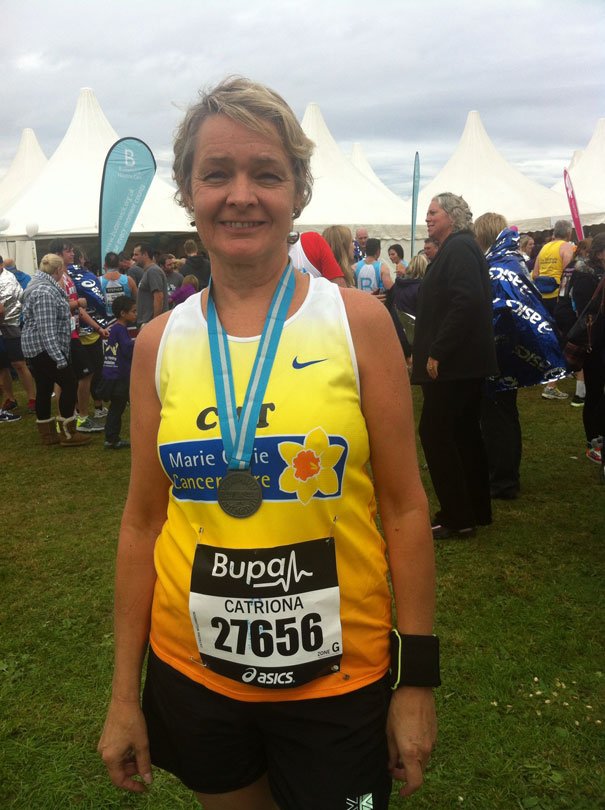 Ten members of Beverley Athletic Club joined Olympic medal winners and more than 40,000 other people in the 32nd Great North Run last Sunday. Most of the Beverley athletes had run this race several times before but some were making their debut. It was an amazing experience for all of them.

Advertised as Britain’s biggest mass-participation event, the race route starts on the central motorway in Newcastle and the course leads runners across the iconic Tyne Bridge to the seafront at South Shields passing through the conurbation formed by Gateshead, Felling, Pelaw, Heworth, Hebburn, Jarrow and Marsden.

It’s not a scenic course but the thousands of cheering spectators who line the whole route create a brilliant atmosphere which is enhanced by the Red Arrows who roar over the Tyne Bridge each year as runners set off and perform a thrilling aerial display at the finish.

Weather conditions were good for running this year with steady light rain throughout much of the race to keep runners cool.

Jody Horth was the first of the Beverley AC contingent to cross the finishing line. He finished in 3692nd place to record a new personal best time of 1:38:25, almost four minutes faster than last year.

Horth took part in the Great North Run for the first time in 2007 when he finished in 2:23:16. He has run this race every year since then and has made significant improvement each time. Asked why he keeps going back to the Great North run he said: “It’s so well organised and the atmosphere is fantastic.”

Next across the finishing line were Andrew Brant and Debs Brant. Andrew’s aim was to finish in less than 1 hour and 50 minutes. He had trained with his son David and ran most of the race with him. David beat his dad in a sprint finish but Andrew was delighted to record 1:42:58, his fastest time for a half-marathon in 15 years. Debs followed in 1:48:18 and very close to her personal best at this distance.

It was Cat Williamson’s third consecutive Great North Run and she was delighted to finish in less than 2 hours and 30 minutes for the first time. She crossed the line in a new personal best time of 2:28:20 and more than three minutes faster than last year.

She acknowledged the help and encouragement she had received from fellow Beverley AC members Michelle Paterson and Joy Hagger who trained with her this year. She loves this race for the huge crowds of spectators and the great atmosphere that they create. She was also running to raise money for Marie Curie Cancer Care in memory of her brother-in-law who was a keen triathlete and sadly died of cancer in 2008.

Nicola and Alan Glover are also regulars in the Great North Run. Nicola’s target is usually to finish in less than two hours and with limited training her husband, Alan, is satisfied with enjoying the race and the atmosphere no matter how long it takes him. This year Nicola finished in 1:59:42 and Alan in 2:24:04.

Husband and wife, Andrew and June Foster, ran the race together and they finished together in 2:12:30. Andrew has taken part in this event four times now and recorded his best time in 2009 when he finished in 1.38.01. This year he ran with his wife as it was her first half-marathon. They were aiming to complete the 21km course in less than 2 hours 15 minutes and were really pleased to have beaten their target. Due to the huge number of runners it took them 20 minutes to reach the start line but once they got going they managed to run at a comfortable pace without being slowed down too much by the volume of runners. Andrew said: “It was only in the last 3 – 4 miles, when the field slowed down a bit, that we were having difficulty passing runners to maintain our pace.”

Other notable achievements include Naomi Stephenson, in her first half-marathon for Beverley AC, who recorded an impressive 1:55:10 and Paul Evans who completed his fourth consecutive Great North Run in a respectable 2:09:41.

There were 40,041 finishers and in a very close finish the race was won by Wilson Kipsang of Kenya in 59:06 only a second ahead of second placed Micah Kogo, also of Kenya. Kipsang was bronze medallist in the Olympic marathon in London and is currently the second fastest man ever over the marathon distance.

In the wheelchair event Josh Cassidy of Canada won the men’s race in 43:18 and Jane Egan of Red Star and current world and European paratriathlon champion won the ladies’ race in 1:15:00.