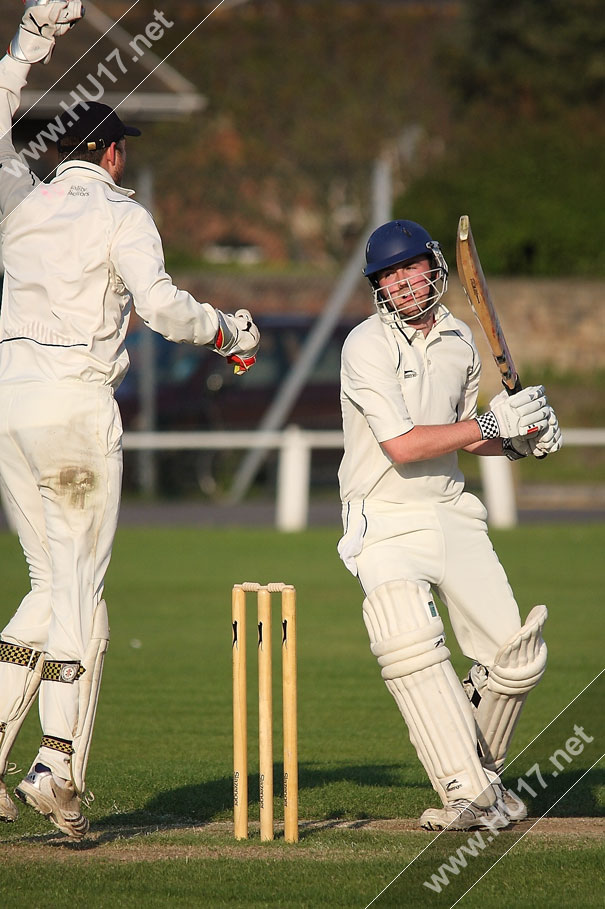 On a glorious summers evening at the Norwood Recreation Ground Beverley Town Cricket Club took on Humbleton in the Newland League.

Humbleton picked up wickets quickly, openers Anthony Spence and Peter Groves failed miserably in the middle. Olly Grantham who scored 22, did steady the ship though was very lucky to last as long as he did after he was dropped just a few balls into his innings but was later cleaned bowled.

Ben Fish once again found the going tough lasting a just a handful of balls before making his way back to the pavilion for a duck. Alex Nightingale also notched up a few runs making 21 before he edged a ball to the wicket keeper much to his own frustration.

Lasts weeks star man, Matthew Mudd came in at eight, his side needed another performance from the big man but he was unable to repeat his batting heroics eventually being caught out after a big swing at the ball.

In reply Humbleton scored 124/2, Beverley’s Jamie Roe and Guy Brumfield claiming one each but Beverley were beaten by 35 runs.