Boxing will return to Beverley, East Yorkshire as Track Fitness And Boxing Club host their third show at the Leisure Centre.

Taking place on Saturday 15 October the club says there is a real buzz in the gym as they count down to the event.

Jolly Thorne says this is the biggest event they have staged to date and he is urging locals to come along for a knockout evening.

Speaking to HU17.net he said:

“This will be the third event we have held at the Leisure Centre as a club. They are all getting bigger and bigger as the club progresses and develops.”

“The club has again had fantastic support through sponsorship. On behalf of Track Fitness And Boxing Club I would like to thank them for their continued support.”

“In all, we have sixteen bouts featuring a home boxer in each contest. Everyone involved with the club is certainly looking forward to what will be a busy night.”

“This is a really important event for the club. It is good for the way to get the kids out and keep them active off the streets.”

“All the boxers have worked really hard for months in the build-up to this event. This is a pivotal point for them, the gym really is buzzing at the moment in the run-up to the show.”

For some f the fighters stepping into the ring this will be the first show on this scale. While there are also others who have more experience and have taken part in big events before.

“We have one fighter, Max who has about sixteen fights, he has also had around five ‘skills’ bouts. Skills bouts are an important part of boxers’ development.”

“These are non-competitive fights which give those taking part an opportunity to get out in front of a crowd without the pressure of win or a loss.”

“Generally you will have two or three of these before you have your first competitive fight.”

“We would like to encourage people to get themselves down to the event. We have sold out of tables so there will be a good atmosphere on the night.”

“It is a good chance to get everyone from Beverley together, it is not often you get a chance like this.”

“We want the crowd to get behind all the fighters. Of course, when the competitive fights further up the card start we hope people will get behind the Beverley fighters.”

“We do not want any booing or gearing though. At the end of the day, they are all sports people. So good sportsmanship and plenty of encouragement is the order of the day.”

Doors open at 6PM while the first bout is set to start at 7PM with the show ending at around 11PM. There will be a bar provided on the night with a range of drinks.

Tickets can be purchased at the door, admission is £15 for adults and £10 for juniors. 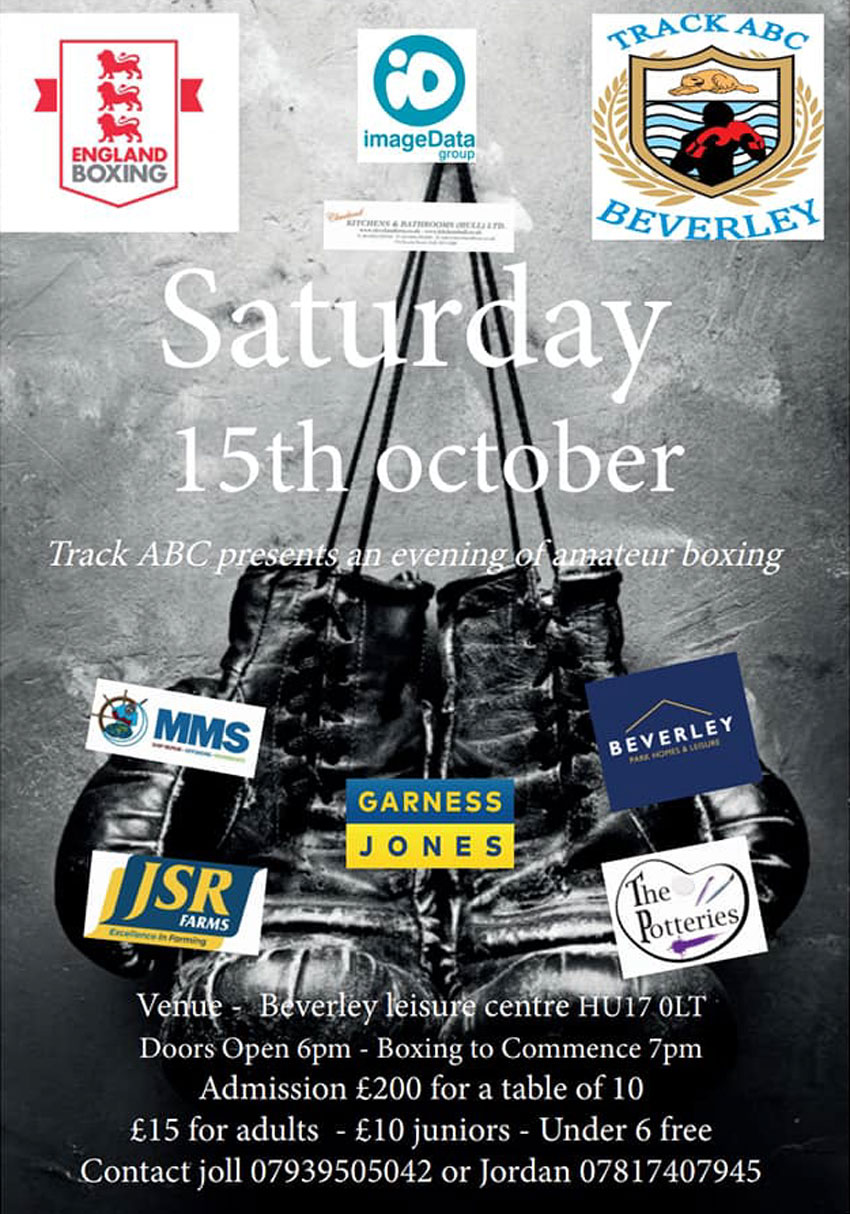