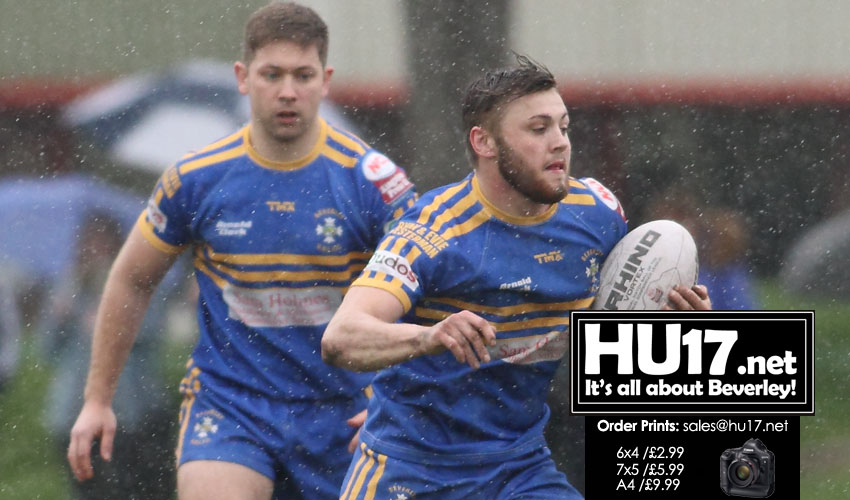 Beverley ARLFC has progressed to the next round of the cup. They beat Glasson Rangers 36-26 in the howling Cumbrian winds.

A long road trip was made even more difficult as a result of the match being moved coupled with the stormy conditions.

Manager Tony Spence was pleased with the efforts of his side. Commenting on the game he said;

“We kept our discipline despite a few decisions going against us and the opposition seemed to have 60% of the possession so we had to defend well.”

“Taking the conditions and long journey to the game into account, it was a good performance.”

Great strides were made to get this game to go ahead. The recent heavy rains that fell on Cumbria rendered just about every pitch in the Maryport area unplayable.

Glasson Rangers faced with either conceding the tie or switching the game to Beverley. In order to fulfil the fixture, they got the game switched to Silloth RUFC. For Beverley, this tapped on an additional 12 miles travelling up the West Cumbria coast.

Beverley had something of a tricky journey with parts of the A66 closed to high sided vehicles but did arrive after a 5-hour journey. The match was played in a howling gale with frequent heavy showers.

Very early on, a long break from deep inside his own half by Billy Riby set up the field position for Dan Smart to crash over from close range.

Josh Poskitt converting. The bulky Cumbrian hosts dominated possession in the opening quarter. This paid off for them with an unconverted Jonathan Cameron try in the 18th minute to reduce the arrears to 6-4.

The restart kick went dead and the resulting set from the drop-out saw Dan Smart score his second try and Poskitt convert.

Beverley Over Come Frustrating Second Half To Secure Win

Minutes later man of the match Joe Morley, who was inspirational in the halves, sent a clever pass to the left. The sweet handling continued for Ananaiasa Vunyayawa to score in the corner.  Poskitt judged the wind perfectly to add a touchline conversion.

Just before the break, another incisive Joe Morley pass sent Billy Riby over with extras added by Poskitt. The scores stood at 24-4 at the interval.

This showed with sin-binning for Bobby Howdle in the 50th minute for talking back to the referee. Soon after the hosts exploited the numerical advantage. Sean Mumberson unconverted try to peg the scores back to 24-8.

Just when the Beverley began to look a little rocky, Jake Hart-Fisher charged over from 40 meters out. This score helped steady the jitters while Poskitt again converted.

The restart kick went dead as the ball was difficult to judge in the gale-force conditions. From the drop-out, the visitors pulled back a try courtesy of Sean Mumberson this time converted by Gary Taylor to pull back the scores to 30-14.

In the 76th minute, a clever kick into the in-goal area by Joe Morley saw Billy Riby pounce to score his second. Tom Moor this time added the extras to stretch the visitors out to a 36-14 lead.

Rangers had the last as Gary Taylor added a try converted by himself on the stroke of full time.