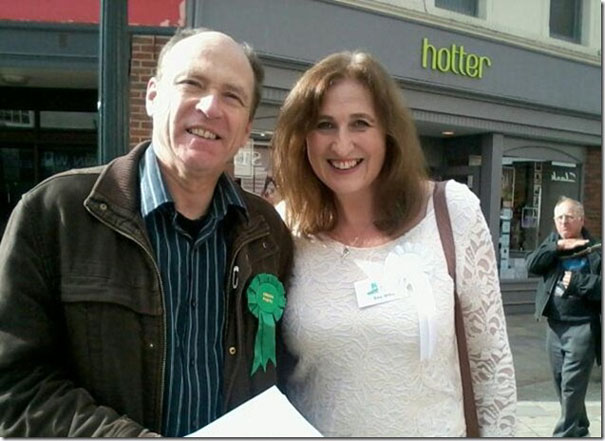 The Beverley Party, the Green Party, the Yorkshire Party and elected members of the Independent Group in ERYC, the East Riding of Yorkshire Council, are backing Bea Willar as their unity candidate.

“I am proud to have earned the trust and confidence of the Green Party, the Yorkshire Party and independent councillors in ERYC.”

“We are proud to back Bea in St Mary’s this year. She is a hard-working independent alternative to the usual suspects. Bea is a local resident and is focusing on the issues on people’s doorsteps – issues that matter to the area.”

The Beverley Party is keen to address the democratic deficit that exists in ERYC. The numbers of elected councillors in the different groups on ERYC are not representative of the electorate because the opposition is too fragmented. Sadly, it is obvious that if in this election we do what we have always done, we will get what we’ve always got. Learning from this, The Beverley Party set out to seek a dialogue with other parties and groups to find a solution to this problem with the aim of fielding a Unity Candidate to represent the views of the majority of the town’s electorate. In this, they have broken new ground!

The Beverley Party calls for local politicians to think independently and work collaboratively, so is delighted that one of their party members is the first one to have gained wide support under this different, innovative approach to local politics in Beverley and the East Riding.

“What this demonstrates very clearly to the electorate is that I am no party-puppet, but a local resident with a proven track record of campaigning on behalf of Beverley (remember the campaign that stopped a road being built across the Westwood?). I am an “ordinary” person keen to make a difference for Beverley and the people who live here.”

“I am confident that with the help of the other parties and the independent councillors, we will succeed, and that those welded to the old ways of doing things will learn from The Beverley Party and ensure that the demand of the people of Beverley for change is reflected in the councillors we elect to ERYC.”

“I am also glad that other party candidates have faith in me: Labour’s candidate Margaret Pinder: “She is a good egg and I absolutely respect her as a woman of integrity and commitment.”