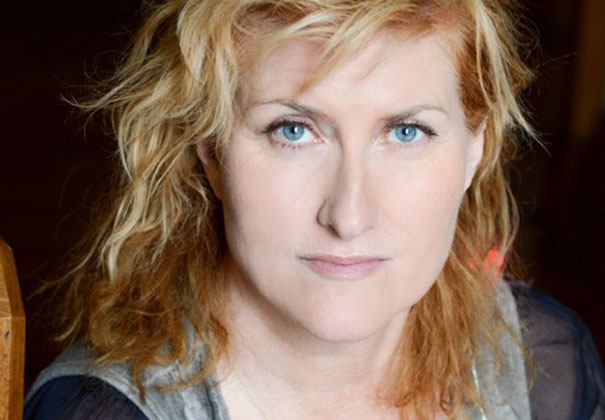 Starting as a busker and folk club performer, Eddi has led a remarkable carrier, with membership of Fairground Attraction bringing her into the limelight, with the single ‘Perfect’ and parent album First of a Million Kisses both topping the British charts.

Over the years she has assimilated a wide range of musical styles, making them her own. In 2003 she released an album of the classic “Songs of Robert Burns” which garnered international acclaim and was awarded an MBE in 2006 for services to singing.

“We are delighted to be welcoming Eddi Reader to Beverley. Every year we carry out surveys with festival revellers to find out what they liked about the event, what we could improve upon and who they would like to see perform at the festival in the future.”

“With this years feedback we kept seeing her name repeated where people were asked to suggest future bookings. We are therefore proud to announce that ‘you asked – we listened’ and Eddi Reader will be one of our 2017 headliners. We hope all those who asked for her will join us next year, and many more besides, to see this magnificent and naturally gifted singer perform on our main stage.”

But the latest festival sign-ups don’t stop there. Alongside a whole host of previously announced names, such as folk legends Martin and Eliza Carthy, Henry Priestman, former Bellowhead front-man Jon Bowden, False Lights and more, Beverley Folk Festival is also proud to announce the following exciting additions to the line-up:

Moore, Moss and Rutter are a trio of musicians who are reworking traditional native English tunes and songs into something far more contemporary. They aim to breathe life back into ancient material through complex arrangement, virtuosic musicianship, powerful aesthetic and an ear for detail. Individually the three are respected artists who have worked with some of the best in the business, but together they make music that is described by Songlines Magazine as ‘achingly beautiful’.

Dallahan are one of the fastest rising forces on the international folk circuit; heavily rooted in traditional Irish music, but with hugely diverse backgrounds and influences. They call on their mixed Irish, Scottish and Hungarian heritage to create a unique and seamless musical montage, drawing in influences from jazz, funk, pop and classical music.

Heidi Talbot has been described by the New York Times as having “a voice that is both awestruck and tender”. The County Kildare singer / songwriter now resides in Scotland with her musical partner and husband John McCusker. She will be performing from her latest solo album ‘Here We Go, 1, 2, 3’, which traverses oceans and musical styles – from folk, through Americana, to classic pop, and back again.

Dan Walsh is one of the finest banjo players in the UK as well as being a superb singer, songwriter and guitarist, Dan Walsh is described as ‘the real deal’ (UNCUT). Nominated in 2016 for Musician of the Year at the BBC Radio 2 Folk Awards, his eclectic and innovative approach has led to many exciting collaborations alongside his solo work, with three critically acclaimed solo albums along the way.

Edwina Hayes is a Yorkshire based singer songwriter described by Nanci Griffith as ‘The Sweetest Voice in England’, with whom she has toured the UK by invitation three times. Her version of Randy Newman’s ‘Feels Like Home’ was featured in the major motion picture ‘My Sister’s Keeper’ earning her numerous new fans. With fans that include Michael Parkinson and Bob Harris, she has opened shows for many legends including Jools Holland, Van Morrison and Barbara Dickson.

Rachel Croft is a York-based musician and songwriter, who plays as one half of the Croft and Mullen jazz and soul band. Songwriting influences include Eva Cassidy, Joni Mitchell, Ray LaMontagne and Matt Corby to name a few, focusing on complex vocal melodies to a background of finger-picked acoustic guitar.

With a line-up of such talent already taking shape, festival organisers are urging audiences to buy their 2017 tickets now at a discounted price.

Mr Snowden explained: “We are currently running our Autumn Gold ticket deal, which means a full weekend ticket is available for £100 – at least £20 off the final price. As with every year we aim to have not just world class music from outstanding professionals, but also many other artists, including new young voices and established folk clubs, alongside literature, poetry, film, dance and comedy.”

Festival organisers aim to have at least 100 artists performing at the Friday to Sunday event, totalling a collective 100-plus hours of entertainment across multiple stages. With this range available, they hope there will be something for everyone with a few surprises along the way.

Tickets for Beverley Folk Festival 2017 are currently on sale as part of a special Autumn Gold deal of £100 for a full weekend ticket via www.beverleyfestival.com.

Children aged under 12 get in free and individual day tickets will be released soon. More names will be announced in the coming months as we get close to the festival.