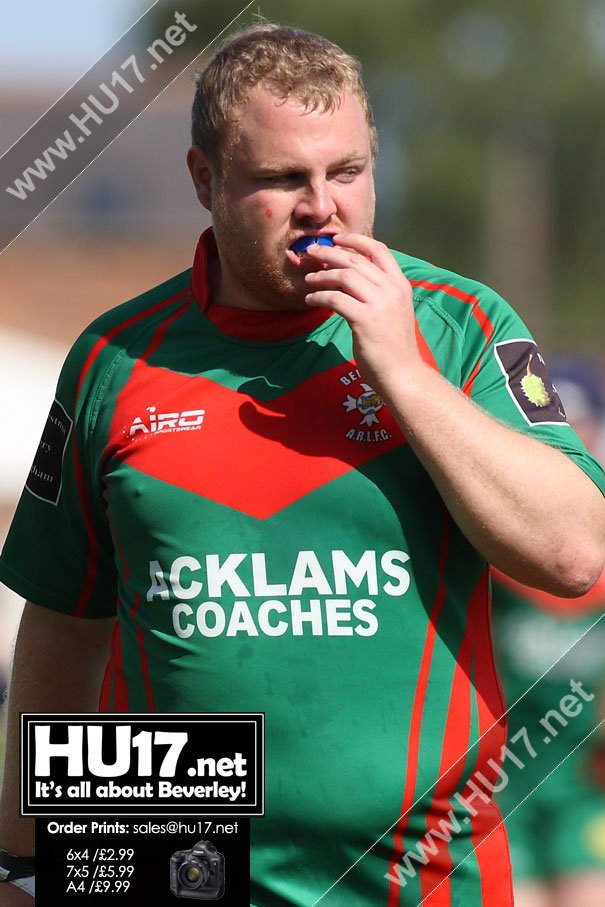 Beverley ARLC were left kicking their heels last Saturday when opponents Oulton Raiders ‘A’ pulled out of their scheduled fixture. The West Riding outfit said that they were unable to raise a side on the Friday evening.

The points were awarded to Beverley and club officials have yet to hear what is happening with their other outstanding fixture against the same side. The blue and golds lie in 5th place in Yorkshire Division One and cannot now make the top four play-offs which will be contested between Mirfield, York Acorn ‘A’, Siddal ‘A’ and Hull Wyke. With the play-offs commencing this weekend it is likely that Oulton ‘A’ will again concede, which would confirm 5th place for Beverley in their inaugural season in the league.

Beverley are now reflecting on 12-month solid progress, which has seen them come top of Hull & District League One and then take the bold step of joining the Yorkshire League and win more than half of their games.

Playing back to back seasons has been tough requiring the club to dig deep into its playing resources. Almost 50 players have been used this season. However, club officials and players are looking forward to a Winter off and the opportunity for everybody to re-charge their batteries.

On the playing front the club is already planning ahead for next year. The club are hoping to also run an ‘A’ team in the entry league. Such a team would only play a small amount of games, but it would give game time to fringe players. Some home games this season have seen a significant amount of players stood watching on the side-lines.

There will be plenty of club activity during the off season. The presentation evening dinner is on Friday 2nd October at the Hodgsons Pub.

Furthermore, the club holds its annual sports dinner on Saturday 21st November at Lazatt’s in Cottingham. It is the fourth year of holding the event which has grown in popularity year on year with over 200 guests at the last one. This years guest speaker will be Adrian Morley, who has just retired after a career with Leeds, Sydney Roosters, Warrington, Salford and Great Britain.

With a comedian, games and auctions, the club’s biggest annual fund-raiser is a very full evenings entertainment.