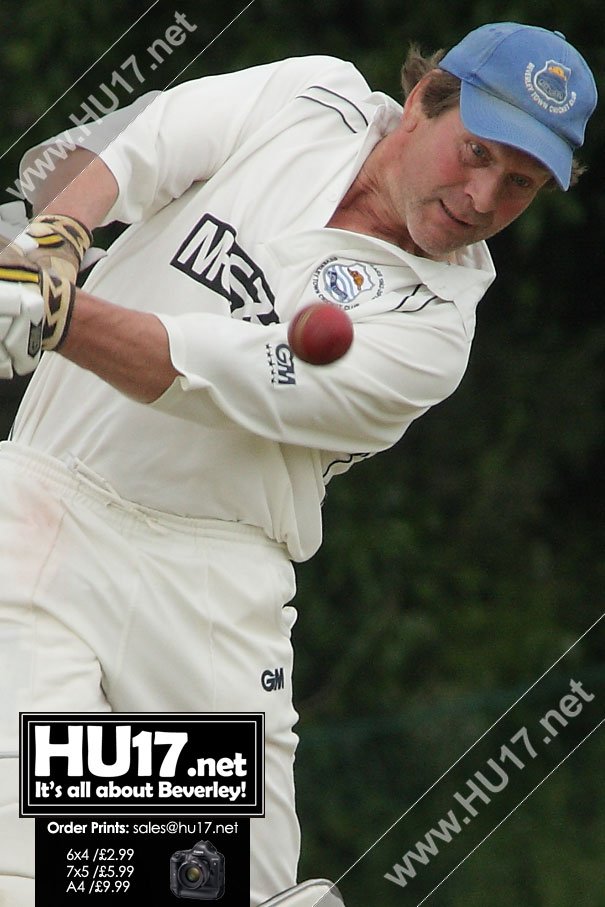 On Saturday, Beverley Town Cricket Club 4th XI travelled to Eastrington and battled hard to come away with a losing draw.

The team had many changes from the week before, and débuts were given to 14 year old Owen Parnaby and 12 year old Ed Chappell, who both have been performing well for the juniors.

It was Parnaby who made the early breakthrough with a fine catch from James Broekhuizen. Neil Graham then took the second wicket to another fine catch from Pip Pearson. Ed Chappell bowled a wonderful first spell, 4 overs for 22, and later returned for a second spell.

Eastrington however piled on the runs with a third wicket partnership of 175 between Chatham (104) and Tooke (123).

Pearson (3-66) was introduced and brought some control and Graham (2-81 from 15 overs) did their best to restrict the score as the innings ended on 281-6.

In reply Richard Thompson (32) and Graham Taylor (45) took the score to 79 at half way, when a combination of bad shots and several rain stoppages disrupted the innings as wickets fell.

It was left to Under 15 all-rounder Lewis Richardson, Pearson and Chappell to see out the overs as the innings closed at 125 for 8.

With so many changes to the side and some promising efforts from the junior players, this was a good performance from the 4ths.