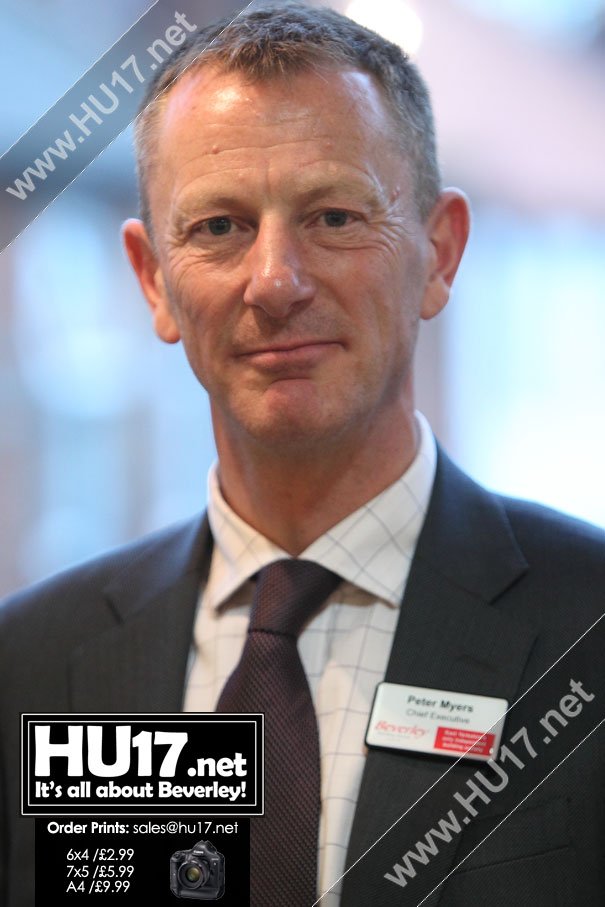 An engaging AGM gave members the opportunity to see how their Society is run and pass any questions they may have to the Chief Executive and Directors.

The Chairman, Finance Director, and Chief Executive all highlighted the success of another year of record breaking growth for the Beverley.

“It is pleasing to report that the Society has again performed well during 2013 despite the unsettled environment in which we operate. The traditional building society approach which the Beverley adopts has served us well.

We continue to be firmly committed to the Society remaining East Yorkshire’s only independent mutually owned building society and, as we have done for 147 years, we will continue to provide a safe haven for both savers and borrowers alike.”

To encourage members to vote in this year’s AGM, the Society pledged to donate 50 pence for each vote received. As a result, the Society will donate £1,000 to a local charity.

“In 2013 we donated money to 16 charities, which were voted for by our members, and we continued to support East Yorkshire events such as the Driffield Show, Beverley Film Society, annual cycle races, Beverley Food Festival, Beverley Folk Festival, local school fairs and sports events.

I would like to thank everybody that attended this year’s AGM and thank Louise Grant, Manager of the Beverley Browns Department Store for their hospitality in providing the venue.