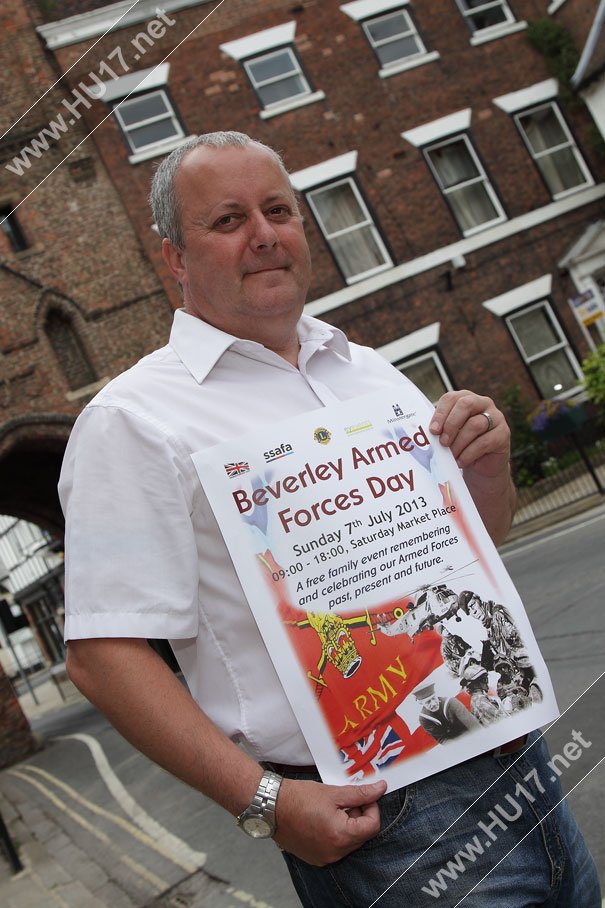 This Sunday sees Beverley Armed Forces day takes place in the town centre, and it promises to be a real family affair.

Now in its fifth-year Armed Forces Day has become one of the key festivals hosted in Beverley and is only made possible through sponsorship and the support of local businesses.

“SSAFA East Yorkshire is very grateful for the continued support of the MOD and the local community, without whose help we could not continue.”

“Sponsorship and help are both still needed for the next year’s event when we would like to put on a worthy day to commemorate the centenary of World War One.”

St Nicholas Primary School Choir will get the 2013 proceedings under-way at 9.30am ahead of the official opening at 10am which will be conducted by a number of key officials from the around East Riding.

Other highlights planned for the day include the Freedom Parade which begins at 10.40am at Gallows Lane and arrives in the Town Centre for around 11am.

Throughout the day there will be plenty of entertainment, stalls and activities for youngsters to enjoy including the ever popular climbing wall and paint balling range.

Outside The Grapes there will be a collection and display of historic military vehicles that will tanks, lorries and jeeps.

Farthing’s Steak Emporium are lending their support to the event by running a BBQ which will help also raise money for SSAFA.

“I would like to encourage people to come out and support the armed force’s personnel from Lecconfield this is the first time they are exercising their freedom rights in the town.”

“The parade will be made up of personnel from all three services, most of whom are just begging their military careers.”

New for this year is the end of the day concert which will feature two tribute bands, All Mod Cons that play music from the Jam and Sticky Fingers which are a Rolling Stones tribute act.

PROGRAMME OF EVENTS Please note that the schedule may be subject to change nearer the event.