Town officials and players had worked tirelessly to make sure the fixture took place after adverse weather conditions overnight.

Bevelrey Town, the current Humber Premeir League leaders had already beaten Pocklington Town twice in the league, although both games were won by a single goal.

Town went into the game without top scorer Rob Northen who had not shaken of his groin strain from the previous week.

Beverley Town started well with Mike O’Connell providing the impetus from the middle of midfield, one run into the box led to a snap shot that flew just wide.

Luke Thompson on the right-hand side was looking very dangerous. He was producing a constant stream of outstanding crosses into the box but without Northen there was little penetration in the penalty area.

Town were dominating possession and giving little away at the back; any forays by the away team were quickly snuffed out by the centre back pairing Dane Mortimer and Asa Pardoe, who were looking very comfortable.

When Pocklington did manage to create anything, goalkeeper Adam Nicholson could deal with it comfortably.

Beverley Town had to make an enforced substitution just after the break, with Daniel Kingsley replacing Richard Gibson, who was feeling the effects of a heavy cold.

As the game wore on Town were becoming increasingly frustrated the lack of penetration in the final third of the pitch and seem to constantly run out of ideas.

As the game moved into the last 25min, Tyler Collishaw replaced Dixon and Danny Norton replaced Ben Thomson, to try to give the team more attacking impetus.

Unfortunately, this moved backed fired as within two minutes of making their third substitution O’Connell twisted his ankle when blocking a shot from the Pocklington striker. O’ Connell was unable to continue, meaning Town no had to compete with 10 men on a very heavy pitch and the potential of 30min extra time.

As extra time begun both teams seemed to have settled for penalties. Kingsley was becoming increasingly isolated in a lone front role, the pitch and being a player short was starting to take its toll.

With 6 minutes to go in the second half of extra time Pocklington scored when a simple ball through the left full back and centre back was tucked home by Tom Reay.

To complete Beverley Town’s misery a mistake by a tired looking Pardoe led to Nathan Hind producing a crisp finish into the bottom right-hand corner.

So Pocklington Town progresses to the next round, in which was a pretty lack lustre display by Beverley Town; however, on a very heavy pitch and having to play roughly an hour with 10 men eventually proved to be a little too much.

Worryingly for Town, was the lack of chances created, men arriving in the box and the ease at which the away team managed to protect their goalkeeper, especially from set-pieces was very evident.

Beverley Town now will need to concentrate on the league with 27 points still to be played for.

They have an extremely tough fixture this weekend against Crown F.C who currently sit third in the Humber Premier League. This is a must win game for Beverley Town who will want to keep the chasing pack at bay, and put this defeat behind them.

The club would like to thank match sponsor Gerald Hurst. 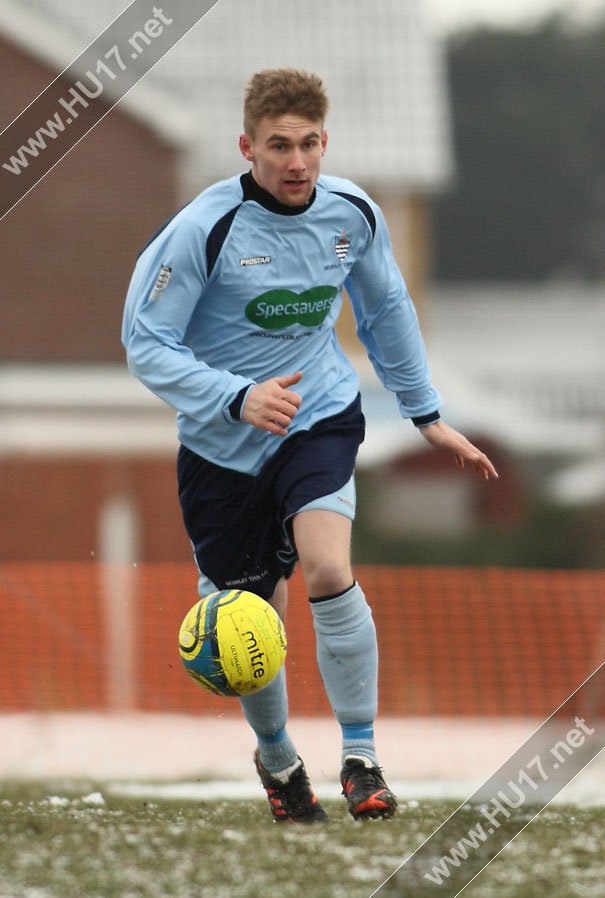