Guys and Dolls has long been one of the great Broadway classics. First performed in 1950, the show was an immediate hit and won five Tony Awards, including Best Musical.

Adapted from Damon Runyon’s short fiction from the 1920s and 1930s, the musical tells the story of gambling racketeer Nathan Detroit and his long-standing fiancée Miss Adelaide, alongside the unexpected romance between inveterate gambler Sky Masterson and Sergeant Sarah Brown of the Salvation Army.

The production transferred to the big screen in 1955 starring Frank Sinatra, Marlon Brando and Jean Simmons, alongside Vivian Blaine and Stubby Kaye recreating the roles of Miss Adelaide and Nicely-Nicely Johnson that they originated on stage.

The show also proved to be a hit on this side of the Atlantic, having a West End premier in 1953 and many successful revivals over the subsequent years, including an acclaimed 2005 production starring Ewan McGregor.

Full of memorable numbers, including “Luck Be a Lady”, “A Bushel and a Peck”, “Adelaide’s Lament” and the show-stopping “Sit Down, You’re Rockin’ the Boat”, many of the songs have gone on to become famous in their own right for a wide range of artists.

Longcroft students have been working hard over recent weeks to bring Guys and Dolls to our own stage. The annual whole school production is a great way for many students to work together on a large-scale project, which we hope the audience will enjoy watching as much as they have enjoyed producing.

With a large cast, chorus, orchestra, technical crew, backstage support and front of house team, to many students this is a highlight of the school year and they are proud to share it with family and friends. 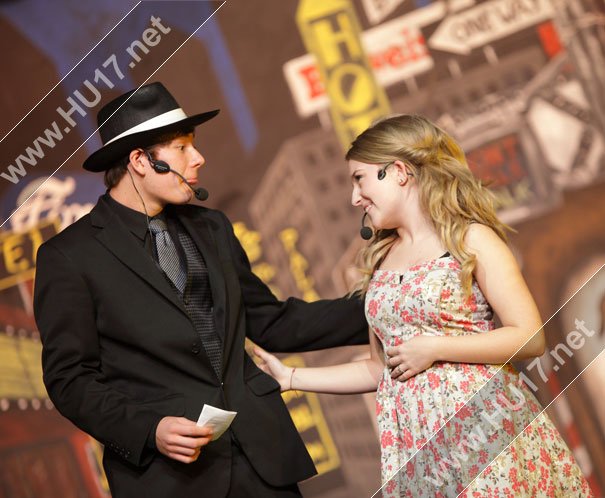