The iconic structure of the Humber Bridge will provide a stunning backdrop and host location for residents and visitors to welcome the Olympic Flame as the London 2012 Olympic Torch Relay passes through the East Riding en route to the capital next year.

Residents and visitors will be able to welcome the torch’s arrival in the East Riding and celebrate the achievements of the torchbearers from 18 June 2012 as it takes in Bridlington and Beverley before arriving at its overnight stop in Hull. It will then exit the East Riding, past the bridge, though Brough and Goole on 19 June 2012.

The Humber Bridge is one of just a few landmarks and special activities to be announced today by the London Organising Committee of the Olympic and Paralympic Games (LOCOG) through which the Olympic Flame will be carried by torchbearers during the London 2012 Olympic Torch Relay which is presented by Coca-Cola, Lloyds TSB and Samsung.

LOCOG has worked closely with representatives from a number of sectors in the East Riding to include these on the route and the majority of other special events and activities will be confirmed next year to build further excitement and anticipation much closer to the time of the Torch Relay.

Councillor Stephen Parnaby OBE, leader of East Riding of Yorkshire Council, said: “To witness the Olympic Torch Relay in the East Riding is a once in a lifetime opportunity and, as well as passing through several towns, it is fitting that it should pass by the iconic symbol of our area, the Humber Bridge.

“The relay will give residents and visitors a chance to celebrate and share in the Olympic spirit, mark the countdown to the start of the games and also support those members of the community chosen to run with the Olympic Flame.”

Sebastian Coe, chair of LOCOG, said: “We are thrilled to confirm that the Olympic Flame will be visiting the Humber Bridge as part of its journey around the UK.  We have worked hard to devise a route that achieves the optimum mix of proximity to people whilst taking in diversity of London’s landscape and landmarks, and by taking in the Humber Bridge we are doing just that.   This is the UK’s moment to shine and I want to encourage people across the East Riding to start planning how they can be part of this once in a lifetime opportunity and show their support for the inspirational torchbearers chosen to carry the Olympic Flame as we count down to the start of the Olympic Games.”

The 70 day Olympic Torch Relay, will start at Land’s End, Cornwall on the morning of 19 May 2012. On leaving Land’s End, the Olympic Flame will travel an estimated 8,000 miles around the UK giving thousands of communities and individuals their moment to shine as the Olympic Flame comes to a place near them.

In announcing the villages, towns and cities and some of the landmarks and alternative modes of transport the flame will take in as part of its journey, LOCOG has realised the aspiration of taking the Olympic Flame to within an hour’s journey time of 95 per cent of the population. In fact, over 95 per cent of the population will be within just 10 miles of the Olympic Flame next summer. The street by street detail of the route will be confirmed next year.

People are invited to view the interactive map at www.london2012.com/olympictorchrelaymap to find their nearest community through which the Olympic Flame will be carried.

On the final day of the Olympic Torch Relay, it is LOCOG’s intention that the Olympic Flame will travel down the River Thames as it makes its way to the Olympic Stadium on 27 July 2012 for the lighting of the cauldron at the Opening Ceremony, signifying the official start of the London 2012 Olympic Games.
For logistical reasons, not all the landmarks will be accessible to large crowds but LOCOG have worked with the local areas to ensure that there is as much public access as possible.

The Olympic Flame will be carried across the UK by 8,000 inspirational torchbearers each of whom will have a story of personal achievement and/or contribution to the local community. In December this year, successful nominees will be contacted with a conditional offer and final torchbearer places will start to be confirmed from February 2012 onwards.

Today LOCOG launches two new public participation programmes. The ‘Local Leaders’ initiative is an invitation to people to take the 2012 Games into their community and create their own celebrations next year, for the Olympic Torch Relay and other key moments during the Olympic and Paralympic Games. People are encouraged to sign up to the Local Leader programme at www.london2012.com/localleaders to receive further information on a range of themed celebration ideas focusing on the Opening Ceremony evening, gardening, quizzes and barbecues and be in the front row to receive free London 2012 event materials to support events.

A further education resource will launch next year to encourage schools to plan a welcome for the Olympic Flame and show support for the torchbearers. Lloyds TSB, official education partner of the London 2012 Olympic Torch Relay, have launched their Flame Followers schools programme which compliments the Get Set resources, and gives schools once-in-a-lifetime opportunities be right at the heart of the excitement and celebrations of the relay. 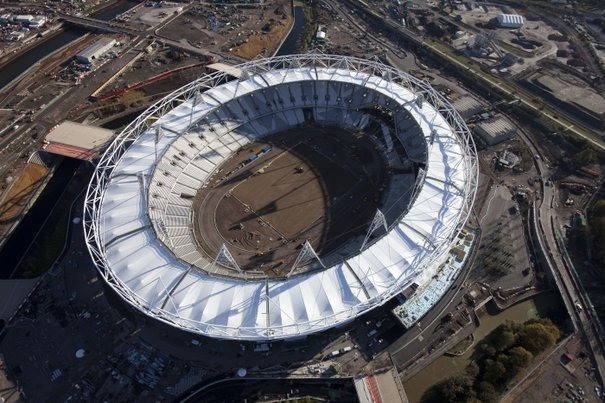