The final event took place today for the Beverley-based CSV East Riding Project when the Angels in Action appeared in Goole this week to help the organisers of the Goole Beach Day Event The participants from a team of 43, all aged 16 to 30 took part in what was their fifth event of their summer with the project.

They supervised and played with the children on the beach and in the water area. They also put their creative skills to good use and did hair braiding, face painting and children’s tattoos. Bead making, games and donkey rides were all tasks that the special team of volunteers took on board.  The also brought Nippy the Kangaroo costume to life and entertained those present.  They formed part of the stage crew and assisted with a number of tasks.

As always they amused the children in the town with magic tricks and sneaky stunts they were taught during their training programme. They have already successfully delivered a weekend of volunteering at the Beverley Acoustic Roots Festival, the Driffield Show, the Hornsea Carnival and the Withernsea Carnival. This has all been made possible thanks to the support of the British Council and the Youth in Action Programme whose aim it is to mobilise young people in Europe.

Sue Dudill, Coach and Youth in Action Promoter for CSV East Riding, explained, ‘this has been a tremendously successful summer project for young people to get involved in and moreover it was genuinely youth-led, something that the team can be very proud of. It has been warmly received by members of the public and we have felt very much appreciated.’.

Participant and Team Leader, Phil Thompson added, ‘All that remains is for us now to evaluate and celebrate our achievement and this will take place on 19th August; watch this space!’ 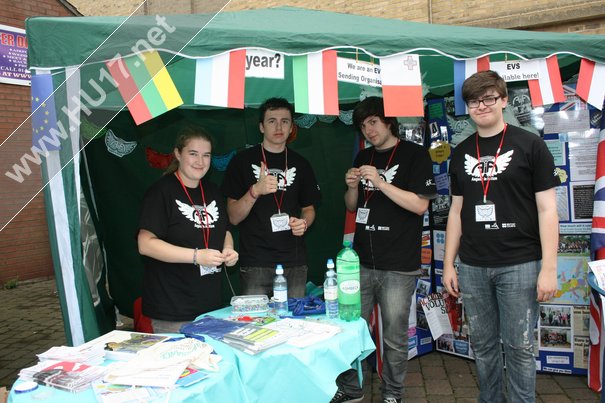