Hunt races with Team Sky broke away from the leading pack to win the road race n front hundreds of cycling fans who had linedNew Walk to watch the climax of weekends cycling in Beverley.

Hunt who is 37 has spent 15 years as a professional cyclist which has seen him win two British road race tiles as well as other major titles.

Hunt was present with his prize by the Chairman of East Riding of Yorkshire Council Kay West which include flowers by local florist Glenholme Florists.

Marcin Bialoblocki from the Motorpoint team crossed the line in second place with Ian Wilkinson of Endura claiming getting onto the podium for the second time in three days with a third place finish.

On a lighter note Hodgsons FC striker Adam Foster also made an apeearance at the race and was keen to pictured with his ‘bike’ at the start line, we at HU17.net think that Adam should stick to football having seen his effort of a bicycle! 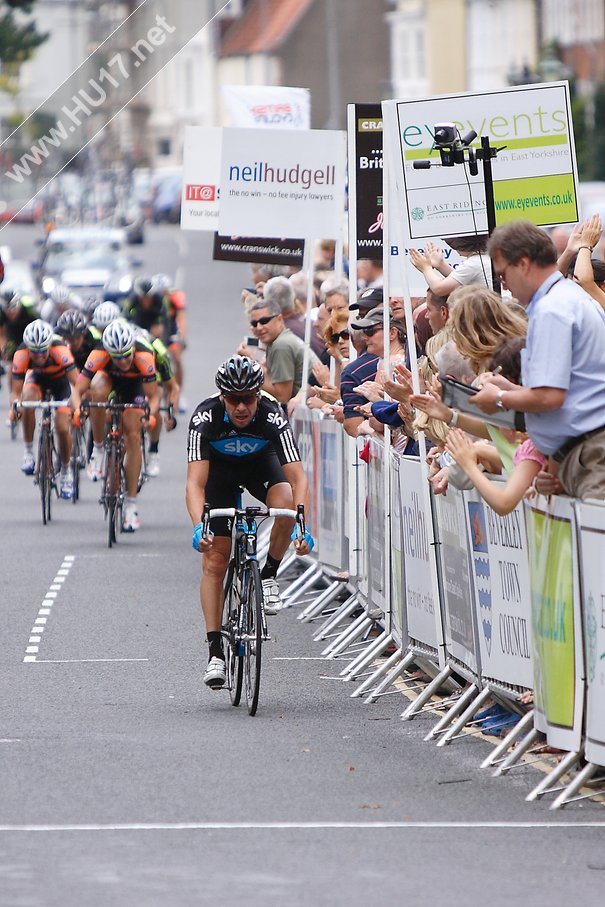