Beverley Racecourse is hoping that the award winning Lucky in Love race night will hold the key to the best night out of the year, after tickets have gone on sale for the popular themed event.

Sally Iggulden, chief executive of Beverley Racecourse, expects the night to be a massive hit in its second year, following a hugely successful launch in 2010.

The fun networking event, which challenges racegoers issued with either a padlock or a key on a lanyard around their neck to find their match, scooped the prestigious Gold Award for Best Event at the Chartered Institute of Public Relations (CIPR) PRide Awards hosted in Leeds in November.

Tickets for this year’s race meeting, which is being held on Thursday, June 16, have already gone on sale and are expected to be snapped up well in advance of the night.

Racegoers who find their matching padlock or key will be entered into a prize draw to win one of a range of fantastic prizes donated by the partners involved with the event, which will be announced at a later date.

Six horse races will take place on the night and organisers say people can get involved in the Lucky in Love challenge as much or as little as they want. The padlocks and keys will be mixed up between men and women, ensuring that even if people don’t happen to be single they can still just have fun getting to know other racegoers – and they may even meet the partner of their dreams. A best dressed competition also takes place on the night, with the racecourse encouraging people to wear hats and dress to impress.

Miss Iggulden said: “We were absolutely delighted with the fantastic response to last year’s event and this year it is set to be even bigger and better. Anyone who didn’t get a chance to come along last year should not miss Lucky in Love in 2011, you don’t need to be single to enjoy the event – this is simply about getting people networking and having a good time.

“Winning the Gold Award in the CIPR Awards gave Lucky in Love the seal of approval from the very best in the events industry and we expect tickets for this year’s event to sell out incredibly quickly.” 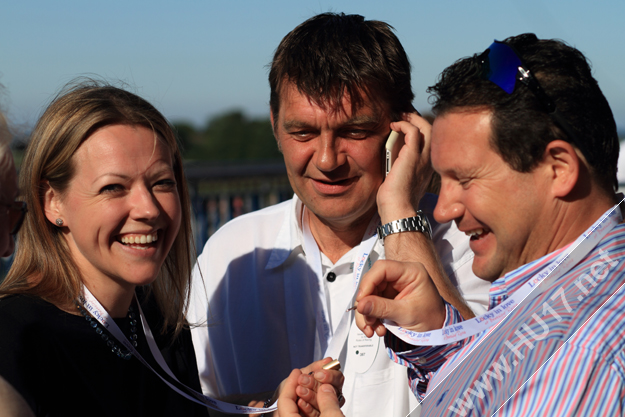