We have 5,000 Panini stickers and bunch of official South Africa 2010 Panini albums to give away to our readers in this fantastic offer. So whether your missing Lionel Messi, just can’t get hold of Wayne Rooney, or want to start from scratch, HU17.net and Panini have something for you.

Panini first launched their football sticker albums in the UK in 1978 and life was never the same again for the infatuated football fan.

As times and hobbies have changed, Panini sticker fever has remained as strong as ever, with football fans of all ages tearing open every new packet with anticipation of finding that desperately-needed player.

‘Swapsies’ has even entered the national vocabulary thanks to the trade between fans of their spare stickers!

For a chance to get your hands on Cristiano Ronaldo, David Beckham and a host of other World Cup 2010 stars simply sign up to the HU17.net news letter, register here. 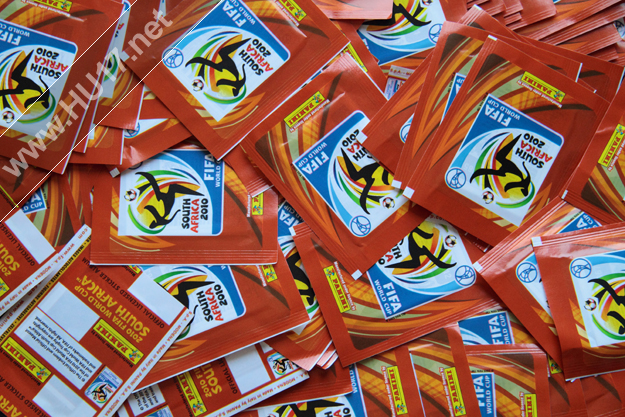 Want to get your hands on a load of Panini World Cup Sitckers? The register for the HU17.net news letter!