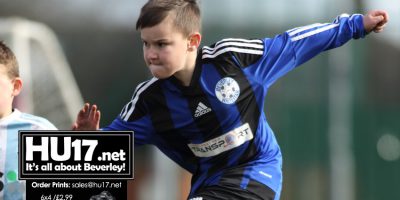 Both sides who compete in the U8s league showed their future positional in a well contested match at the Beverley Leisure Centre. 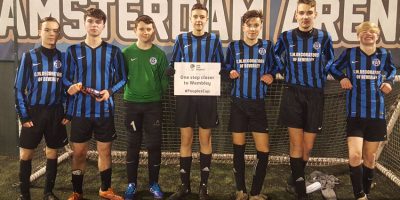 Local team Beverley Whitestar Sharks u16s are through to the semi-finals of the FA People’s Cup after a fantastic Friday night of football hosted by Goals Hull on 24 February.

With a record number of over 40,000 players involved at 150 venues nationwide, including over 6000 teams in 16 separate categories, all of the regional winners across the country will meet at eight national venues later in March. 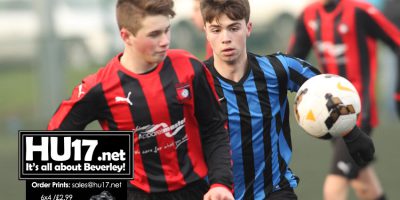 Beverley Whitestar U16s suffered a narrow defeat as they were beaten by East Riding Rangers 4-3 at Longcroft School missing the chance to leapfrog their opponents in the table.

A big game for Whitestar they came very close to overturning Rangers who reside just one place above them in the Hull Boys Sunday Football League.

Beverley Whitestar are the holders of the Hull Boys Sunday League Plate Competition after they beat Hessle Rangers in the final.

Beverley Whitestar have booked their place in the cup final after they came through a tough semi final against North Ferriby.

Beverley Whitestar were beaten in their own back yard by local rivals the Humber Colts as the Swinemoor outfit triumphed in the local derby.

Beverley Whitestar and Mill Lane United went head to head in the local derby this weekend.

Beverley Whitestar have been kitted out thanks to a sponsorship deal with local estate agents Lime Property.

Beverley Whitestar Wanderers have moved to within two point of league leaders Springhead after they beat their title rivals 2-1 in a top of table clash.

Failure notice from provider:
Location does not exist.