MP Graham Stuart says he wants to see Shale Gas companies go through the planning process and not get concessions.

Under the proposals being put forward by the government, it would make it easier for fracking companies to get planning.

The controversial government proposal would mean that exploratory drilling for shale gas would be granted planning permission through a permitted development right.

Mr Stuart appears not to be keen on such a move. As a result, he says that the changes to planning rules would risk damaging public perception of the planning process.

The MP for Beverley and Holderness facilitated a meeting with Claire Perry MP, the Minister of State for Energy. Also, senior officials from East Riding of Yorkshire Council Alan Menzies and Symon Fraser were at the meeting.

“If fracking was ever proposed in this area local people would want total openness and the ability to examine proposals every step of the way.”

“I want even the exploratory bit, where no fracking or production occurs, to go through full planning.”

“Anything less will make people think that their voices are being side-lined. It would also reduce confidence in the effectiveness of the system.”

“The shale gas industry needs to be as open and transparent as possible if it is going to win public support. Going through a robust ERYC planning process is a vital part of proper scrutiny.”

“I’m pleased we had the chance to speak to the minister directly and hope the points we made are reflected in the results of the consultation.” 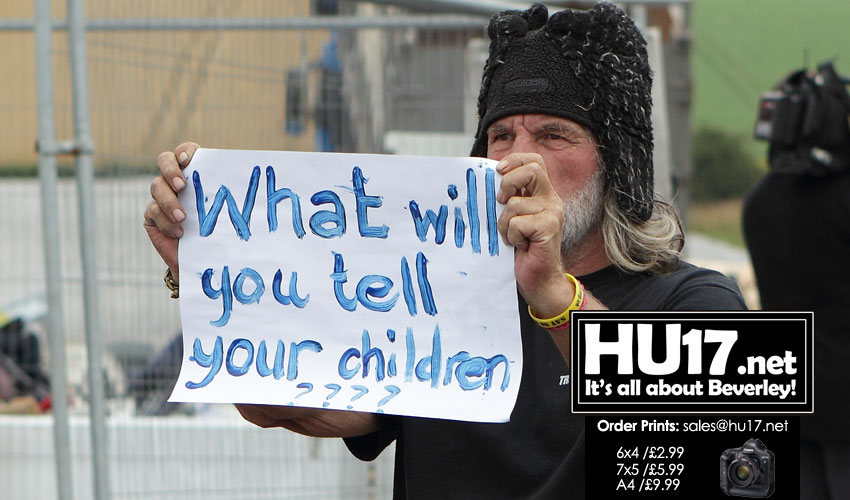 Shale Gas exploration is proving to be controversial with not only the public but also environmentalists.

Groups who oppose shale gas exploration say it presents a real threat to the environment. They also say that it could potentially pollute drinking water.

After the meeting the council said;

“The principle of maintaining a robust transparent land use planning process is vitally important for all planning matters including those where there are sensitivities.”

“The fracking industry needs to understand that the rules for everyone else should apply to them too; that is the point I made robustly to the Minister.”

Concerns are growing surrounding the government stance of pursuing a fossil fuel policy.

As a result of this view over 300,000 people have signed a petition. They are calling for the government to rethink their proposal.