It’s now 100 years since the formation of the RAF and since that time this branch of the armed forces has become a linchpin in the defence of the realm, to such a degree that it’s impossible to imagine a world without its protection.

During both World Wars and the Cold War, the East Riding region figured prominently in RAF operations and hosted a number of airfields.

While this remains the case today the number has undoubtedly diminished, and it is all too easy to forget how widespread the RAF’s presence was felt across East Yorkshire, in villages such as Carnaby, Hutton Cranswick, and Lissett.

Fortunately, the East Riding Archives in Beverley preserves a number of items in its collections that help to remind us of these times and learn more about them. Documents such as a camouflage exercise book show the steps that were taken during the Second World War to protect local bases from aerial view by the enemy, while research produced by local historian Geoffrey Simmons gives an insight into the First World War aerodromes at Beverley, Howden, and Hornsea for example.

The Royal Air Force was formed by merging the Royal Flying Corps and the Royal Naval Air Service (which were controlled by the British Government, established three months earlier ) on the 1st April 1918, shortly before the end of the First World War.

“If you go to these places now it’s hard to envisage how they must have looked during the First and Second World Wars when military aircraft were taking off and landing at these airfields, but the archives we hold at least give us a glimpse of what happened and remind us of the places where they existed.” 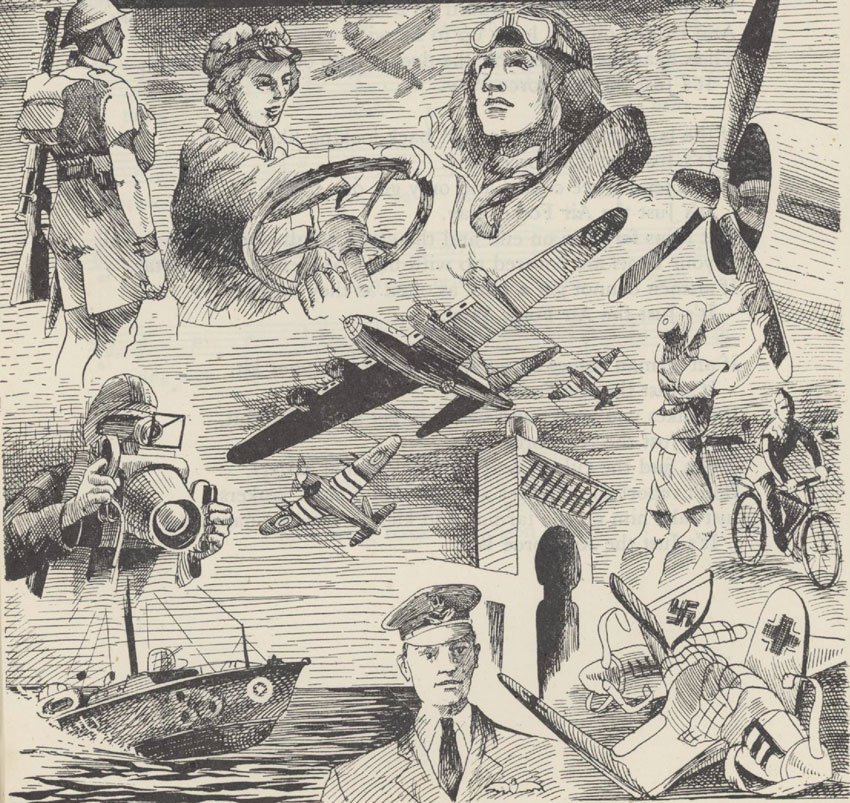 One of the most commonly used former airfield sites nowadays is perhaps the industrial estate at Carnaby, where it’s no coincidence that the businesses located there line up either side of a long, wide stretch of road – this was once a runway during the Second World War.

If you want to delve a little deeper into the aviation history of East Yorkshire, you can search the East Riding Archives at the Treasure House in Beverley http://www2.eastriding.gov.uk/leisure/archives-family-and-local-history/visiting-us/