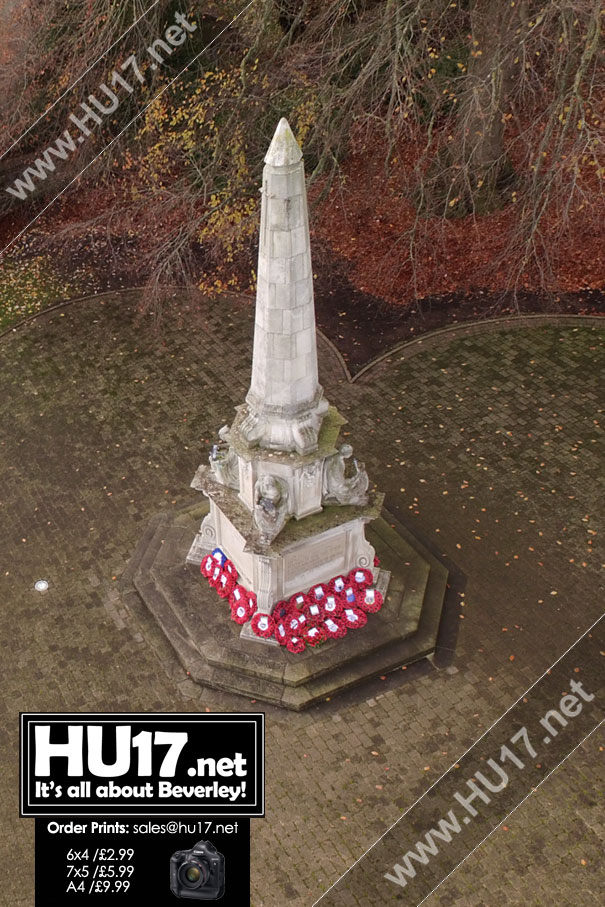 Remembrance Sunday in Beverley saw people from all walks of life come together to pay their respects to the men and women who have lost their lives while serving their country.

Mayor of Beverley, Cllr Robert Begnett represented the town laying a Poppy Wreath on behalf of Beverley while other local groups including the  Scouting Movement, Humberside Fire & Rescue Service, Humberside Police and the Beverley Lions also all laid Poppy Wreaths in Hengate Gardens.

“The remembrance service at Beverley Minster and the laying of the Wreaths in the Memorial Gardens was truly moving.”

“Having recently experienced the democratic process, my overwhelming feeling was gratitude for those who made the ultimate sacrifice for our freedom.”

MP Graham Stuart who was unable to attend as he was outside the country said;

“Remembrance weekend is a moment to pause and reflect on the sacrifice made by so many – including thousands from the East Riding – who gave their lives for our country.”

“They lie in cemeteries across the world, in France, Italy, Egypt and the Far East.  All of them were men with hopes and dreams of their own and families who mourned them, and all of them deserve to be honoured at 11 o’clock this Sunday.”

“The Royal British Legion does wonderful work supporting veterans and those injured in war, perhaps most especially the casualties of more recent conflicts in Iraq and Afghanistan.”

“I want to express my own appreciation of all those who give time to support their fundraising and to send my thanks and good wishes to all those serving in our Armed Forces today, helping to keep Britain safe.”

Earlier in the week on Friday 11 November – Beverley marked Armistice Day impeccably as town came to complete halt and stood in silence for two minutes.

The Poppy Appeal have since reported that donations made by residents in Beverley totaled £40,107.04 for their last appeal, thanking everyone for their kind support.