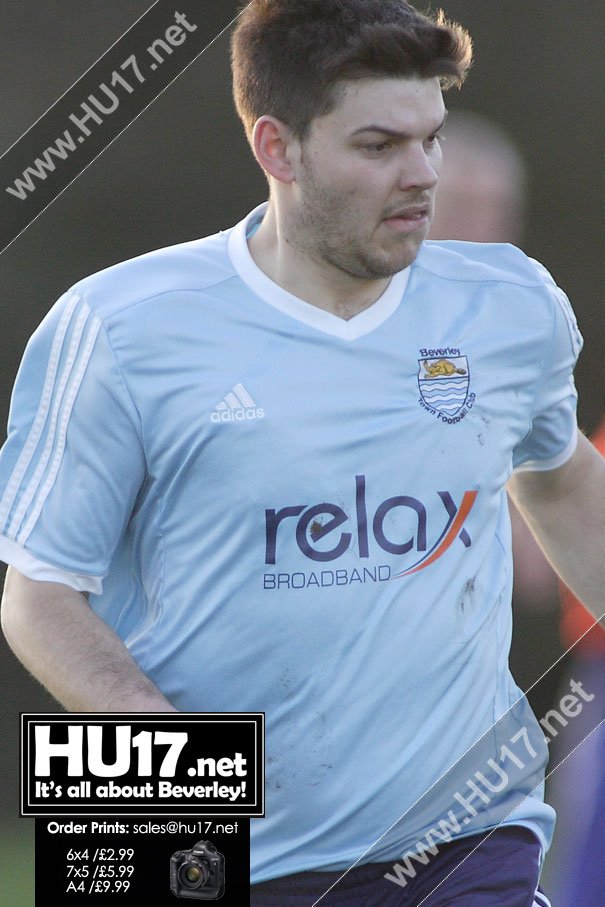 Beverley Town Reserves have booked their place in the East Riding County Football League Cup Final thanks to a single goal from Shaun Gibson.

Playing at Hill Top Town over Swinefleet 1-0 to reach the final where they will face Eddy Beadle FC on 7 May.

Swinefleet got off to the better start and had an early opportunity but failed to trouble Town’s keeper Luke Cotton.

When Town got into the game, they soon created an opening for Ben Fletcher but he shot over. A further chance fell to the same player but Swinefleet’s keeper was on hand to deny him.

What proved to be the winning goal came mid way through the half. Stew Scott delivered a perfect corner that was met in the 6 yard box by player coach Gibson who finished with a thumping header.

Town came close to doubling their lead when another Scott corner was headed just over by the skipper Tom Davies.

As the second half wore on Swinefleet enjoyed a long period of pressure but town defended superbly as a team and denied them any scoring opportunity.

In the last minutes of the match, substitute Alex Stark had a chance to double the lead but saw his shot trickle wide of the post.

This was a great team performance by Town and coach Gibson in his first season in the role was delighted to guide his side to the final.