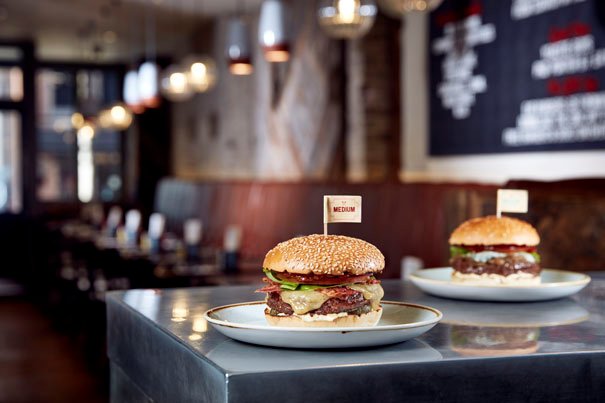 After last week’s announcement that Baytree Interiors is to open, Flemingate  have announced that premium burger restaurant, Gourmet Burger Kitchen, and Riva Lounge are to open restaurants at Flemingate, the retail and leisure development in Beverley that opened in November last year.

Gourmet Burger Kitchen is to open a 3,756 sq ft restaurant adjacent to the six-screen, 1,000-seat Parkway Cinema.  The brand, which was founded 15 years ago in Battersea and opened its 70th restaurant earlier this year, will open this June with 106 covers.

Independent operator Riva Lounge is a new concept 3,650 sq ft restaurant positioned as an authentic European lounge and café bar, and was conceived following extensive research by the founders Shaun and Julie Thompson.

Riva Lounge’s 116-cover restaurant will be complemented by a dedicated bar area and a separate gelato counter.  Set to open in May, work has already begun on the fit-out.

“They reaffirm the centre’s position as a complete day out, with Flemingate offering visitors a high-quality combination of shopping and leisure previously unavailable in the catchment.

“The brands are also a great complement to one another, providing visitors with even more choice whilst both bringing something new to Beverley.”

Keith Bird, Chief Operating Officer at GBK, added: “With the opening of Flemingate, the town of Beverley is thriving, so the time seemed right to open a restaurant in the area.

“As a new destination in town, Flemingate is attracting a lot of attention, so when it came to location the centre stood out for us.

“The presence of Debenhams and the cinema, together with Flemingate’s proximity to the Minister, helped to seal our decision and we can’t wait to open.”

Independent retailers, Bolo and Guest & Philips complete the current offer, which is set to be joined by a number of leading high street names later this year.