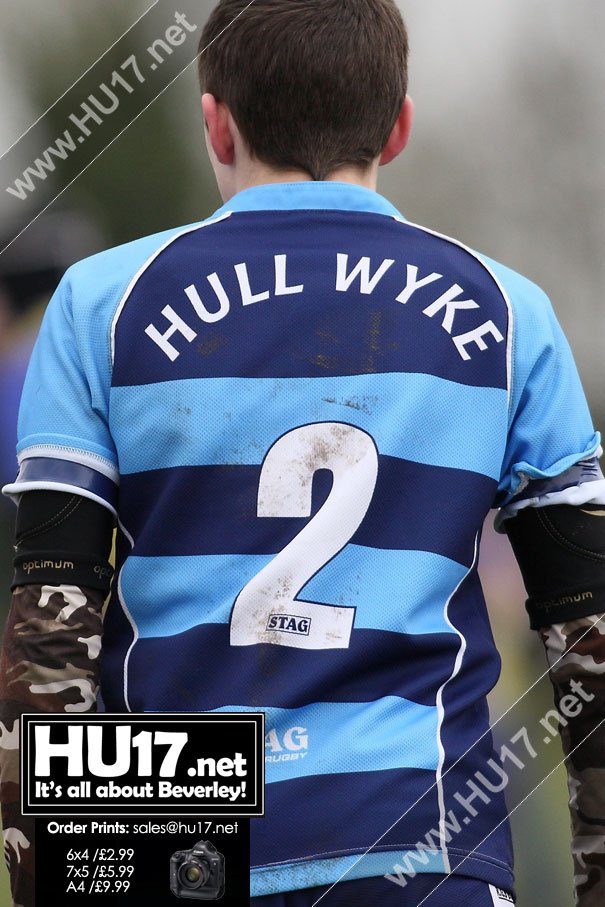 Beverley Braves under 13s got their season up and running with a fine team performance to defeat Hull Wyke by two points at the Leisure centre despite being behind by two scores in the first half.

The Braves had to be really tough it out against a confident Wyke and battle to stay in the game before a strong second half defensive effort finally got them home for a well-deserved victory.

Owen Millers superb accurate goal kicking from out wide ultimately decided the game but his running game along with that of his un-stoppable centre partner Jack Dixon, the inventive playmaking of halves Charlie Gay and Tom Nuttall with their constant threat and probing plus a strong showing from the bench eventually got the Braves over the winning line.

It is rare in team sports that on a given day every player performs somewhere near the best of their ability, but that was the case on Sunday with the wingers and full back strongly returning the ball time after time and a forward pack led by captain Josh Hamlyn, in which back rower Matthew Shirley shone queuing up to cart the ball forward into the opposition’s defensive line.

Beverley’s first try came from Alexei Rawlings after a Charlie Gay grubber rebounded off Wyke and after a couple of offloads from Josh Hamlyn and Matty Shirley allowed him to squeeze over in the right-hand corner, Mr. Miller bouncing the conversion on the crossbar for dramatic effect to turn 4 into 6.

The second half winner came from Jack Dixon whose outstanding game got better after he latched onto a Charlie Gay pass at pace to barge over from 10 yards, Miller slotted the extras to give Beverley the spoils, but not before some outstanding aggressive defence, especially from the forwards foiled several Wyke advances in the dying stages. Beverley 12 Wyke 10.

“A Lion doesn’t lose sleep over the opinion of sheep.”