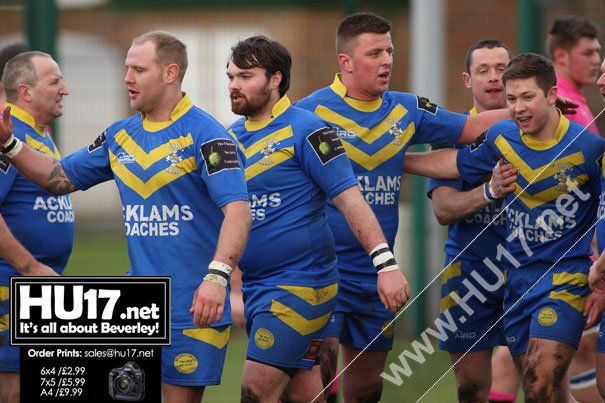 The blue golds will commence their 2016 season this Saturday 5th March. They are away to Norland Sharks in the 40/20 cup.

It will be the first meeting between the two sides since they both quit the Hull & District League in 2015.

Beverley went straight into Yorkshire Division One whilst Norland played just three fixtures in the entry league, of which they were far too strong for the opposition that was put in front of them, and have since spent almost nine months away from the game.

After two pre- season friendlies of which one was won and one was lost Beverley will be pleased to see their season proper get underway.

The key to a successful season could well depend upon their half back combination. New signing Jimmy Walker looks to have developed a good understanding with existing half back Lewis Poskitt, whose kicking game will also be a key weapon in Beverley’s armoury.

Saturday’s game kicks off at 2.30pm at Sirius Academy,Pickering Road.

All Games Will Kick Off At 2.30pm. The Yorkshire Premier League Starting April 9th.