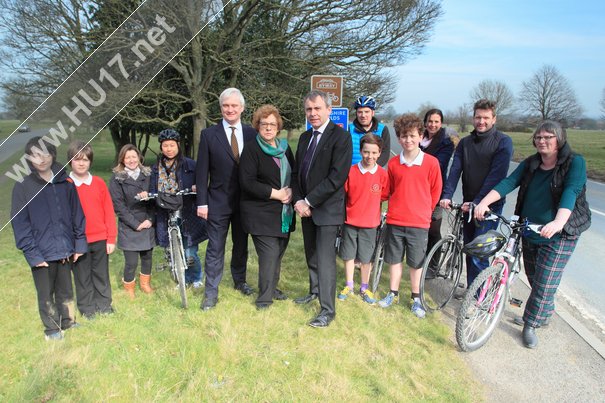 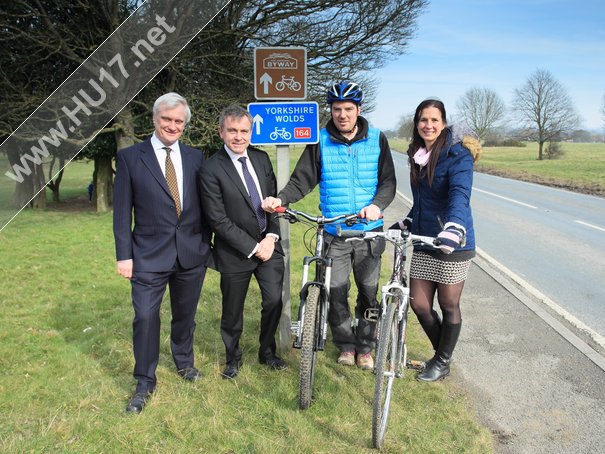 The Parliamentary Under-Secretary of State for Transport, Robert Goodwill MP, who is responsible for cycling, has met with local residents and school children on Beverley Westwood to hear more about plans to create a cycleway alongside the B1230.

Commenting on the visit, Robert Goodwill said, “This Government has invested record levels of funding into the promotion of cycling, and it’s a real pleasure to see the positive impact that can have in East Yorkshire. People are more likely to cycle along routes free of cars and other traffic, so I hope this route will become very popular”

“I met with a number of residents about the cycleway proposal during the half-term holidays. Many people highlighted the benefits the new cycleway will bring, especially to young people who live in Walkington and attend school in Beverley.”

“I was pleased Walkington Primary School were able to bring a number of year 6 pupils to the Westwood to tell the Minister about the benefits the new cycle route will bring to them. These students will be moving into secondary education in September and it’s vital they’re able to cycle to school safely; a cycleway separated from the highway is the best way to achieve this.”