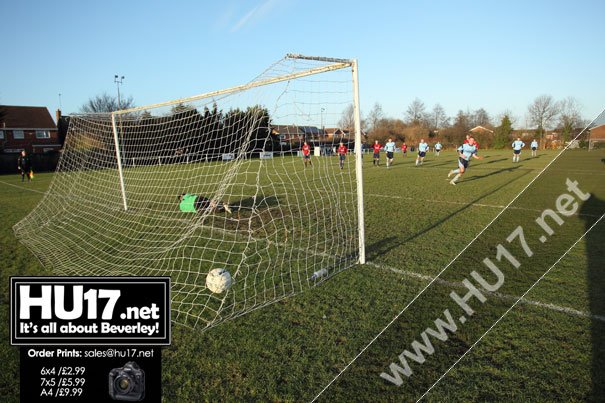 Beverley Town Football Club have slipped to ninth place in the Humber Premier League after they were beaten 3-2 by Hessle Rangers.

The Champions got off to a slow start at the Norwood Recreation Ground and as a result were two goals down by half time.

A spirited second half fight back by town saw them get a goal back early in the second half when Ryder Smith nodded home from close range.

Rangers, however, quickly restored their two-goal lead after a keeping error gifted the visitors a goal.

Again, Town pushed and were on the front foot taking the game to Rangers. They got a break when they were awarded a penalty after Shaun Gibson was pulled down inside the box.

Ryan Hirst made no mistake from twelve yards slotting the ball low and into the corner giving the home side a lifeline.
Lady luck had other ideas. Towns were to have two further penalty claims waved away by the referee.

First when Jamie Cording was taken down with a tackle but nothing was given and shortly after when skipper Jonny Ricardo also felt he was fouled while going for a header.