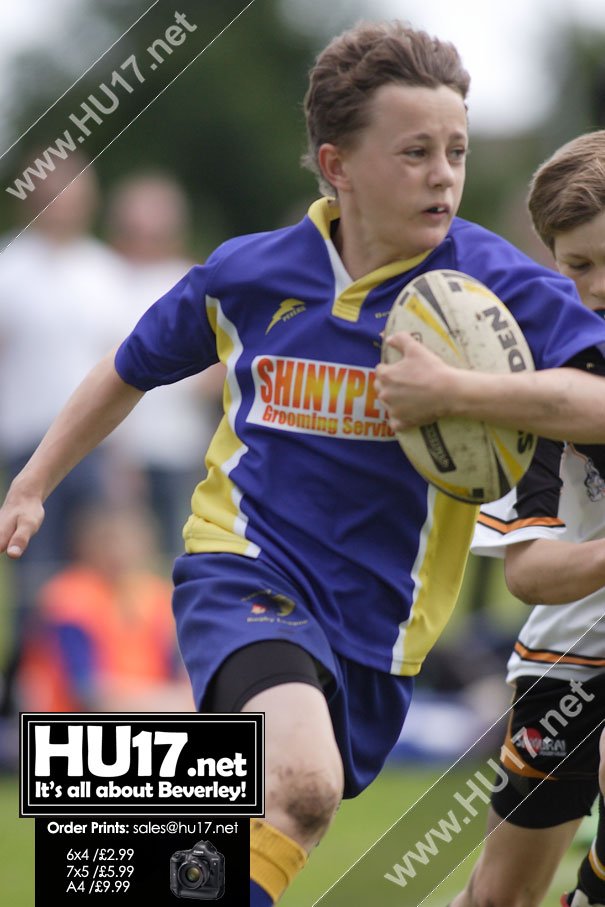 In hot sunshine at Beverley Leisure Centre, the Beverley Braves under 12s recorded their first home league win of the season and at the same time make up for an under par performance the previous week at Holderness.

The 38-0 score line does not tell the full story though as Hull All Blacks worked tirelessly throughout the match and deserved some points for all their efforts.

With the All Blacks low on numbers Braves Oliver Gresswell and Dylan English, in the first half and Thomas Cohen and Willaim Kirkup, in the second half made guest appearances for the visitors.

After surviving an early All Blacks attack the Braves set about getting the ball up field with George Bennett-Teare driving the ball out strongly meaning quick distribution from Jack Turner created the space for William Wallis to score the first Braves try wide on the left.

Marcus Walker added the conversion, and the Braves bandwagon was rolling. Halves Ryan Deane, Turner and Walker continued to ensure the ball was kept alive meaning the thunder twins, props Bennett-Teare and Henry Hughes caused the All Blacks defence all sorts of problems.

Combine this with the pace and power of centres Wallis and Archie Murdoch and the Braves soon had more points on the board. First, Wallis went in under the posts after being put clear by Bennett-Teare, goaled by Turner then Murdoch stepped inside the oncoming defence to also score under the posts with Walker’s conversion making it 18-0. Murdoch raced 80 metres direct from a scrum and with Turner’s conversion, it was 24nil.

This was not all about attacking flair though, Ethan Rowbotham once again led the defensive line with great energy and enthusiasm, matched by Oliver Loney and full-back Kirkup was safe at the back whilst wings Cohen and Tom Newton let no one past.

24 nil it remained until half-time and the second half started pretty much as it finished with Hughes crashing over for an unconverted try on the right-hand side. Beverley took the opportunity to switch the team around a little in the second-half with a few players in new position and the introduction of Ewan Morton, who was solid at full-back, Joeseph Dennis, Gresswell and English. Lewis Egan was now on the pitch as well and starting to pull the strings at scrum half, after an enforced break due to a nose injury caused after an altercation with a door.

The All Blacks were enjoying their best spell of the game mid-way through the second half and were very unlucky not to score, the right winger losing the ball over the line and a further potential scorer being denied by Rowbotham and Walker, who managed to prevent the ball from being grounded. The Braves then began to get back on top English made a great jinking run in mid field as did Tom Newton moments later.

Matthew Hutchinson worked hard all game and Harry Newton let no one down on the wing.

Bennett-Teare stepped and handed off a tiring All Blacks defence to score with just a few minutes remaining to make it 32nil but there was still time for Walker to find a gap and race down the right. He was hauled down 15 metres short, but the position was set for Murdoch to complete his hat-trick and earn the man of the match award.