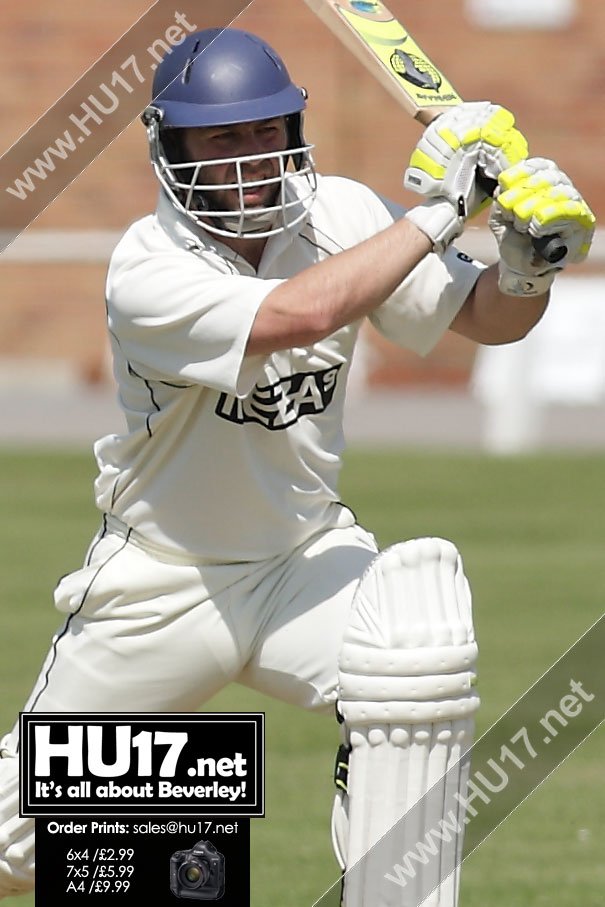 Ahead of the game team skipper Jonathan Fisher wanted to keep the momentum going and had been forced to make changes to his team but the side came through with flying colours.

Batting First Beverley posted a commanding total of 227, their highest of the season so far. Anthony Spence led the way with the bat as he scored 78 before he was caught after trying to smash the ball out of the group.

“I felt good out there, the Clifton attack was of no real concern to me, they lacked any real pace and the wicket was perfect for batting on.”

Overall I thought we were the stronger team throughout the day in terms of our batting and also or bowling.”

Alex Morrell once again showed his power picking up three wickets, Spence commented on the bowlers performance he said;

“Morrell was just too quick for them, they could not handle his bowling at all.”

“This was a very good win indeed, we batted well to put the team in match winning position and our bowlers did the rest.”

Beverley have a 100% league record under the new skipper, they will look to carry that form into their next game Sherriff Hutton next weekend.