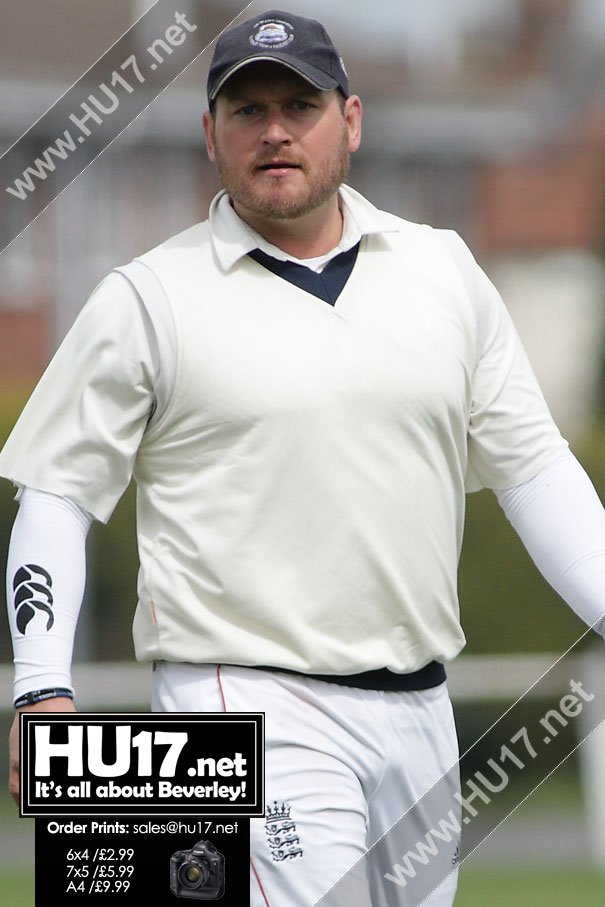 Beverley Town Crickets Club captain Jonathan Fisher says confidence is high in the camp ahead of the clash with Clifton Alliance this weekend.

Fisher is confident his side can build on last week’s win over Sewerby that saw Matthew Mudd take five wickets as Beverley got off to a winning start.

Fisher has been forced to make changes to the team, Ben Fish and Kieran Thompson have both been called up to the first team replacing Faisal Abid and Tom Haytack, who are unavailable.

“Both Fish and Thompson have a real chance this weekend to make an impression and stake their case for a place in the first team. If they put in a good performance it is going to make selection even more difficult.”

“They are both very capable cricketers and have the talent to perform at the highest level for the club.”

Fish burst into the first team back in July 2010 and looked a hot prospect, at the time he was just seventeen years old and racked up 95 runs on début.

“This is massive chance for Fish and Thompson. They both looked really good in the final training session before the game, and we all know Fish can get runs.”

Weather will again play a key factor. Fisher believes there will most certainly be result and will be looking for another big performance from his bowlers, he said;

“Mudd is in good form. Alex Morrell seems to be getting quicker and will be a real threat, the pitch should work in their favour on Saturday something we need to capitalise on.”

Little is known about Clifton Alliance, the side under performed last season but Fisher is taking nothing for granted, he said;

“We have a strong team out this week. We need to keep the momentum going and look to build a nice cushion at the top of the league in terms of points.”

When the sides met last season at the Norwood Recreation Ground Clifton Alliance won the game by nine wickets.

Entrance is free, and the bar is open throughout the game.