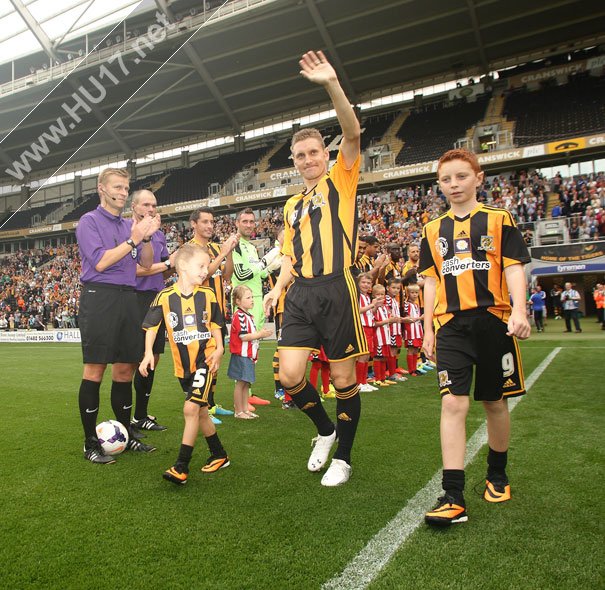 The match which was the testimonial for Andy Dawson turned out to be a quite a physical contest with the Spanish visitors quite happy to stick the boot in despite it being a pre season friendly.

Danny Graham opened the scoring for the Tigers inside three minutes and the lead was doubled before the break after a fine effort from Sone Aluko.

During the second half of the match the Tigers were hard troubled by the Spanish side and is was Hull who sealed a third goal through George Boyd on 78 minutes.

The day however belonged to Andy Dawson,  who after 10 years service pulled on the Hull City shirt for the final time.

The left back who joined the Tigers on a free transfer back in 2013 was greeted by over 7000 fans at the KC Stadium who chanted ‘He’s One of Own, Andy Dawson He’s One Of Our Own.’ As he took to the field.

At the end of the match Dawson was joined by the rest of the players to complete a lap of honour as he bid farewell to fans who have supported him for the past decade.