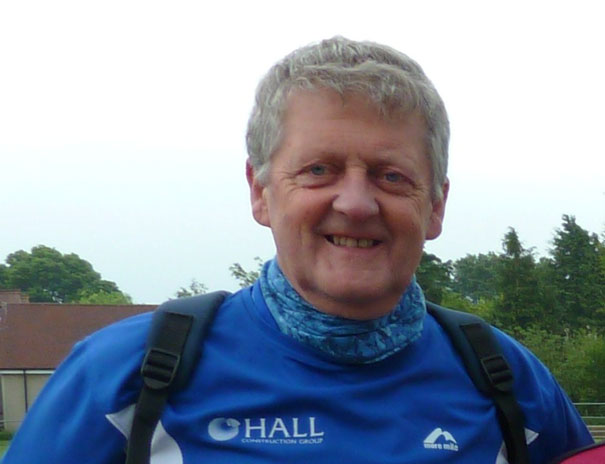 The marathon is split into two events – the Challenge, for less competitive runners and novice trail runners, and the Race which is for competitive runners. All competitors follow the same route but those running the race have a shorter time limit to complete the course.

The events were even more challenging this year due to recent heavy rain which created very muddy and slippery conditions. It rained constantly during the race and the low cloud and mist hid the spectacular views that make this type of event so enjoyable. However the poor weather did not dampen the enthusiasm and spirit of runners and Beverley athletes achieved some notable performances.

In the Marathon Race Darren Rodmell finished in 16th place in an excellent time of 3:37:10; Pete Watkinson crossed the line in 4:22:45 and won first prize in the V60 category; and Francesca Giuntini, running in her first marathon, finished in a commendable 5:22:40.

Pete fell twice during the race and smashed his watch but was delighted with his performance. The race was one of a number of events that he is undertaking to mark his 60th year which will culminate in the Montane Lakeland 100 Mile Race on 27 July.

In the Marathon Challenge, Pete McNally finished in 7:00:54 and was first in the V70 category. A veteran of many long distance events, he was especially pleased to have completed the Challenge due to his connections with the area.

He and his late wife Lorraine were born and brought up in Ulverston, just 15 miles down the road from race HQ in Coniston, and spent many happy times in the Lake District with family and friends. Their favourite place was Tarn Hows and when Lorraine died four years ago the family scattered her ashes there. The marathon route included a double circuit of Tarn Hows and Pete took time out from the race for a few minutes of quiet remembrance. He said: “There’s no doubt the inspiration of those moments carried me through to the finish line.”

The events started and finished at John Ruskin School in Coniston village and the route included a complete circuit of Coniston Water along well marked and marshalled footpaths and bridleways taking in the idyllic beauty spot of Tarn Hows and the elevated Beacon Tarn. In good weather the whole course gives panoramic views of Lake Coniston and the surrounding peaks of the Old Man, Swirl How, Wetherlam and Dow Crags.

There were 308 finishers in the Marathon Race which was won by Ben Abdelnoor of Ambleside AC in 2:53:50. The first lady was Jo Zakrewski in 3:21:34 and in 5th place overall.

215 competitors completed the Challenge Marathon which was won by Jason Cook of Blackburn Road Runners in 3:56:32. The first lady was Christine Waller of Hook in 4:28:39.