Dance group Scribbles were given a big boost after an ladies night event held at Armstrongs Social Club organised by Clare Moran, Charlotte Coates and Nikki Bowsley raised over £1500.

The money raised from the event will be used to get Beverley dance group Scribble to the European Street Dance Championships which are being held in Disneyland, Paris.

There was plenty of support from local business including Browns of Beverley, Murray Todd, Xen Jewellery and Acklams Coaches who put up a wide selection of prizes, Clare Moran said;

“I would like to thank all the business’s who donated prizes and everyone who came, it was a great night and those who were there clearly enjoyed the night.”

“We need to raise £6000 by April we’ve raised £3600 so far so still bit to go, we do not have long left now and are still appealing for any would be sponsors to come forward.”

It was not just prizes up for grabs, there were a number of male waiters who were stripped to the waist and auctioned off to the highest bidder.

Some of the guys tried to increase their value by showing off special skills, Danny Moore was keen to show the ladies his body top notch as he
performed push ups on the stage.

If that was not enough for a very lively group of women more was to come when fathers of some of the girls involved with Scribble took to the stage in dressed as the Spice Girls sending the audience into a frenzy! 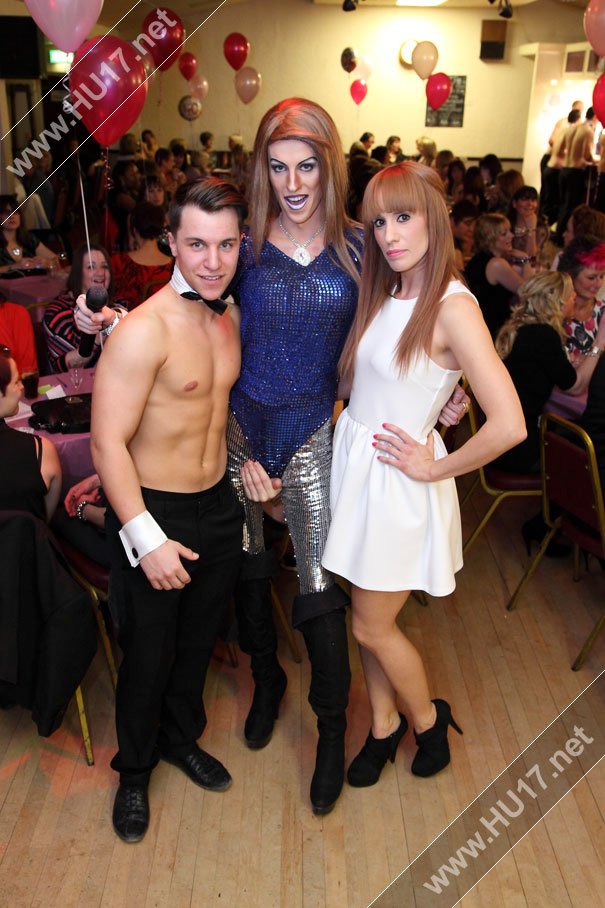