Anticipation was in the air at beaver Park on a fresh and sunny Sunday morning,to see Beverley under 14s face Ionians.

They were the only team to have beaten Beverley at the start of the season and Ionians themselves had maintained a winning run.

The whistle blew and immediately stampeding down the wing came Ionians. They powered forward with Chris Chapman delivering some crunching tackles and Josh Howlett and Joe Gillyon driving down the scrums .

Jack Vorwerg and Jack Garvin were maintained on full speed on the wings where Ionians found alot of their strength throughout the game. This was to prove costly to Beverley , a momentary lapse and Ionians ripped the ball to touch down their first five points which wasnt converted.

Beverley drew it back and saw Keanan Jones and Ruairi Sinkler drive through with Tom Meagher and Robert Cunningham exchanging the ball through a series of rucks and mauls and powerful struggles between both teams . Ben Smith and Paul Christmas  ensured the pressure was back on and a well earned try came for Ruari Sinkler ,neatly converted by Niall Carruthers .

Ionians smart moves and tight formation saw them sprint off down the wing to them into the lead with a further try but no conversion.

The second half was relentless and saw errors from both sides aswell as some heated exchanges nearing the end of the match .

Chris Chapman used his boot in the second half to gain ground and release pressure which was ever present. Conrad Dean and Hal Smithson moved the ball around the field swiftly taken away by Ionians who scored again without converting.

Both sides kept up the pace with plenty of rucks and great driving over from Harvey Rann and Charlie Mcclusker . Stephen Price and Cameron Young taking the ball forward and handing out some smart tackles . Ionians took hold and managed another two tries only of which one was converted .

Beverleys winning streak had ended but was bravely fought, Sunday Beverley are away to Driffield. 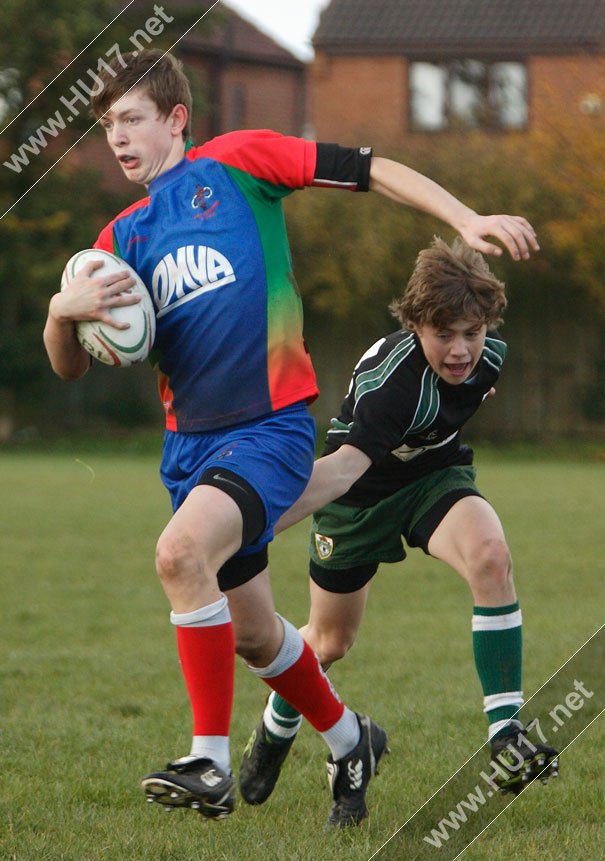